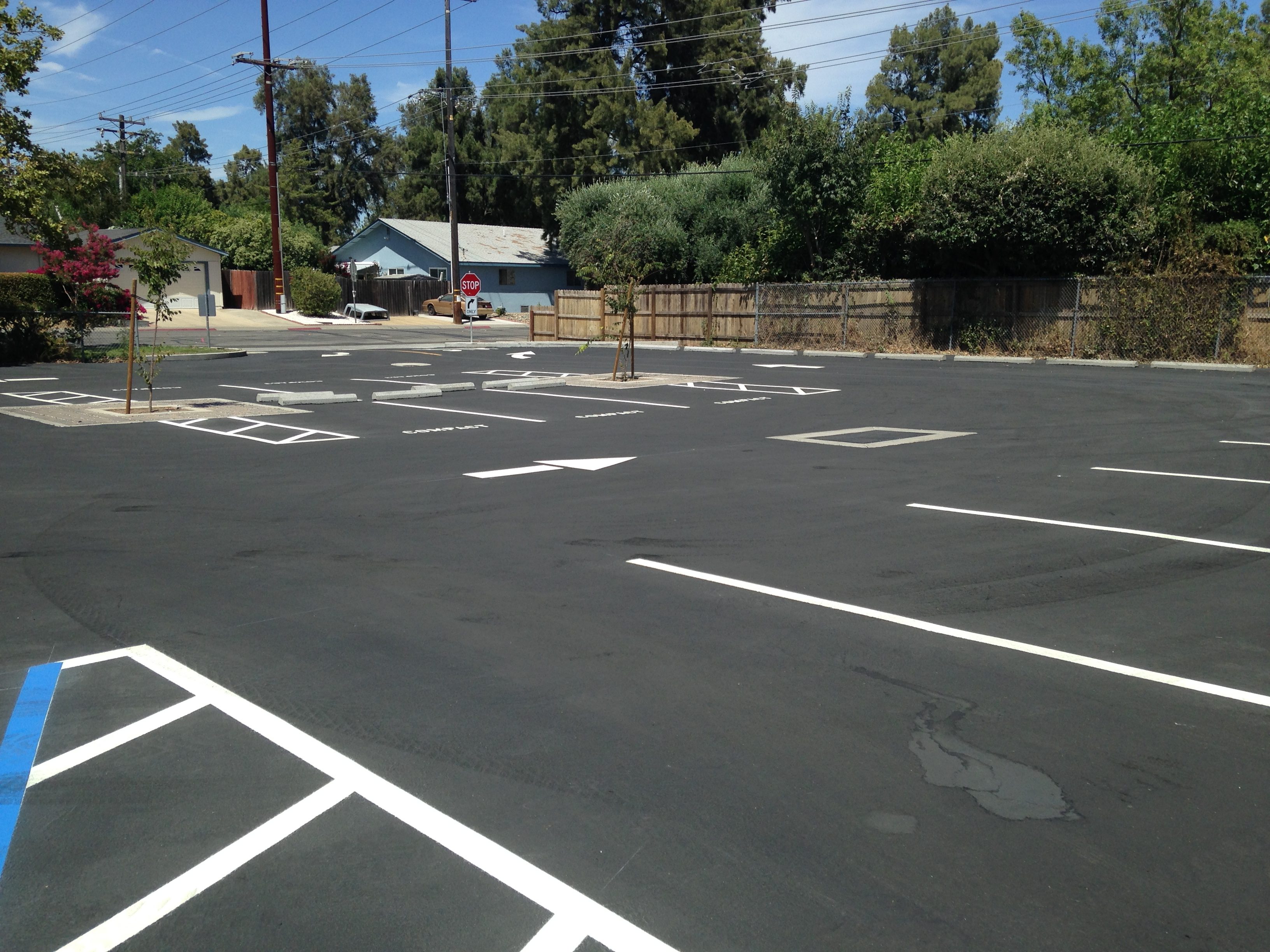 While this is a win for the staff, what was displaced to give them that lot? The land they used previously held the larger of the two bike rack areas at Holmes.

The majority of students biking to Holmes come from L Street and parked in this large bike lot in front of the B/C building, while a minority of students comes from J Street and park in the smaller bike lot in front of the gym. The larger of the two, the lot by the B/C building, was chosen to be refashioned into the car parking lot.

With an average of 425 students biking their way to school on a temperate day, according to Brothers, he had to find somewhere else for them to park. The solution? Move the racks to a dirt and gravel area behind the new car parking lot.

The new bike rack location has the same number of spaces to park as the previous bike lot, says Brothers. Though seemingly equal to the previous location, this new lot lacks a fence and a designated bike-only pathway to get to it. Students now have to bike through the new parking lot to reach the bike racks. This will most likely lead to an increased probability of car on bicycle-related incidents.

Brothers says “There is a bigger plan to construct a large enclosed bike rack as soon as the money is found.” The bike racks Holmes is planning will have 500 parking spaces, while the current one has only 300. The plan is for it to be fenced in and possibly paved.

There are mixed feelings regarding the new bike rack location. Some students regard it as unnecessary and feel as if it is neglecting the needs of student bikers.

Former student Erin Benedict says, “Considering that now the bike racks are farther away and much harder to get to, it was not worth the money or time. It is harder for people on bikes to get to the bike racks because they have to go through the parking lot and it is very crowded when people are coming in and leaving.”

Others believe the new situation provides easier access to lockers and first period classes. “The new bike racks… are efficient compared to the old bike racks, because they lead straight to the halls and people’s lockers. This helped me save time by not having to walk far to my locker and [I] was able to have a few free moments with my friends before the first bell rang,” says Isabelle Farrand, Holmes Junior High student.

Another former student, Chloe Meyer, says “They are very convenient and easy to use.”

Whether or not the students welcome the new bike rack location and design, there are plans for it to be renovated to more closely resemble the previous bike racks and the existing bike rack in front of the gym.

The new parking lot is a very sensible use of the space Holmes had so the teachers no longer have to rove around the surrounding neighborhood for a parking spot. Though it may seem as though the biking students have been disregarded for this project, the current bike rack is temporary and will be upgraded past its former glory once there is funding. There should be plenty of safe bike racks for this year’s Patriots, and a few well-placed staff parking spots to match.