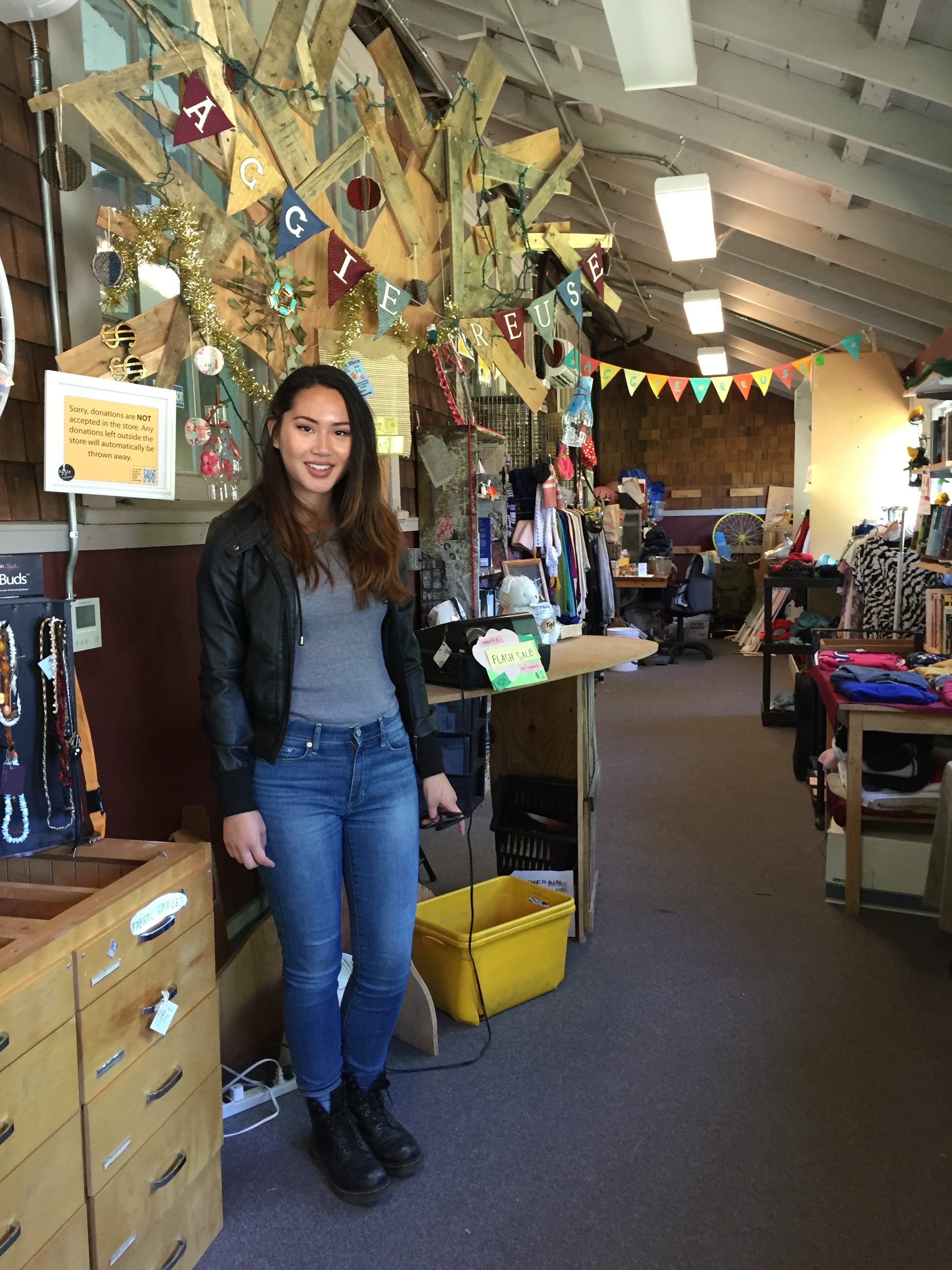 by Special Contributor May 26, 2016
Consumption, Inspiration

Cool Davis is pleased to recognize the UCD Aggie Reuse Store with a Climate Solutions Award in the Consumption Category.

The store’s general mission is to reduce consumption and lower greenhouse gases by diverting post-consumer materials from the waste stream and offer them at low cost to the community, thereby benefiting students affected by rising tuition and living expenses.

Not your typical thrift store, the Aggie Reuse Store aims to raise awareness of the creative reuse possibilities inherent in a wide range of products.  As such, it helps fulfill the People, Profit, Planet sustainability triad.

Nationally it is one of only a handful of such student-run stores, and has received widespread attention from other California and out of state campuses.

Nationally it is one of only a handful of such student-run stores, and has received widespread attention from other California and out of state campuses.

The store offers a wide range of merchandise, including clothing, accessories, books, school and craft supplies.

Nicole Garcia estimates that the store has diverted over four tons of campus waste during its four years of operation.  With each passing year, the store continues to grow in profits and impact.

The Aggie Reuse Store can be found on Facebook at facebook.com/aggierestore.  It is open 10 am to 4 pm, Monday through Friday.

Each year Cool Davis recognizes individual Davis residents as Eco-Heroes. The winners are residents who model how to incorporate sustainable practices into their work, civic, and everyday lives. Acting out of personal conviction, they do “the right thing” for themselves, our community, and our planet.

In its efforts to work with our community on carbon reduction and sustainability, Cool Davis awards focus on Energy, Transportation, and Consumption.