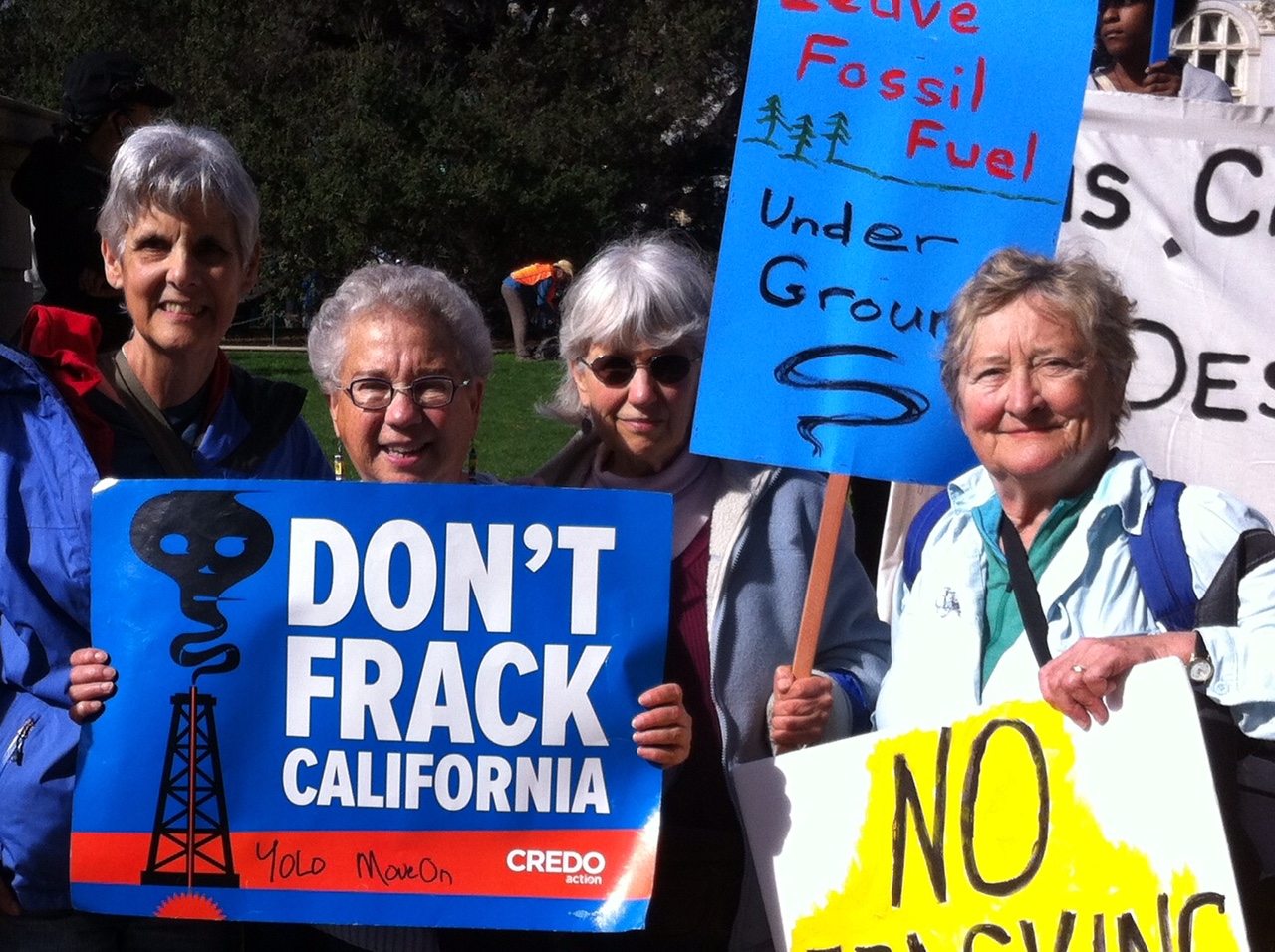 Yolo Move-On is a natural partner for Cool Davis.  Their mission statement describes them as an active, local subset of the larger community of more than 8 million Americans from all walks of life who use the connective power of the internet and personal political activism to lead, participate in, and win campaigns for progressive change.  Where Cool Davis is committed to encouraging people, businesses and organizations to examine and reduce their carbon footprints, Yolo Move-On is committed to keeping a sharp eye on the political landscape and responding by showing up in person or in writing to advocate for the leadership and legislation that will turn our course away from climate change and toward a sustainable future.   We need both approaches even as we move forward to implement the recent Paris Accord.

The lively members of Yolo Move-On know how to show up when a physical presence counts.  They have been photographed at rallies against fracking on the capitol steps, at climate change marches in the Bay Area, at hearings in the capitol, and at workshops and a CA summit on oil train issues.  Carol Warren says, “Living in a democracy means showing up.  It’s incredibly important to build a grassroots movement if we want to effect change.”

Yolo Move-on members show up in writing, too.  They offer testimony and write letters to legislators.  Elizabeth took on a big challenge to learn enough to write a letter opposing the Twin Tunnels with supporting data.  “It was hard work,” Elizabeth admitted, “but it mattered to put out an opposing point of view for people to consider.”

The lively members of Yolo Move-On know how to show up when a physical presence counts. ..Yolo Move-on members show up in writing, too.

Most members have written multiple letters on the DEIR and RDEIR documents for the proposed oil train rail spurs in Benicia and San Luis Obispo that could potentially bring two 100-car trains of crude oil through Davis each day.  Watch the letters to the editor and op eds for frequent commentary as Move-On activists work to alert readers to critical issues.  Both Carol and Elizabeth consider education to be a part of their mission.

“We’re looking to have some fun this spring by participating in the Picnic Day Parade with some progressive topics highlighted as we march by,” smiled Carol when asked about coming events.

“Last year for Whole Earth Day we carried long sheets listing the toxic chemicals used in fracking and drew lots of support!” Elizabeth added.  “People like something out of the ordinary.”

“We watch our own footprints when we travel to climate marches and public hearings,” Elizabeth assured me.  “We take public transportation if possible, or otherwise we carpool.  And we’re creative with our signs, using recycled materials whenever possible and making sure everything is recycled or reused in the end.”

Yolo County is lucky these spunky Move-On folks keeping us all on our toes. Elizabeth Lasensky is an activist from the Bay Area, and Carol Warren came from West Virginia where she worked on tough topics like mountain top removal.  Elizabeth and Carol are the 2015/16 co-chairs of the group.  Other members include Jean Jackman, a long-time Davis activist, Frances Burke, a Capay farmer turned activist/artist, Nancy Schrott,  Reeda Palmer, and others.

With their leadership and constant vigilance regarding key issues, the rest of us can jump in and join them on any number of critical matters that call for our letters, our signatures, our presence, our donations, our votes.  Cool Davis welcomes Yolo Move-On and the important way they work to move us all toward a more livable future.

Written by Lynne Nittler, a founder of Cool Davis and another activist member of Yolo Move-On