Home > Events > This Changes Everything to show in Davis 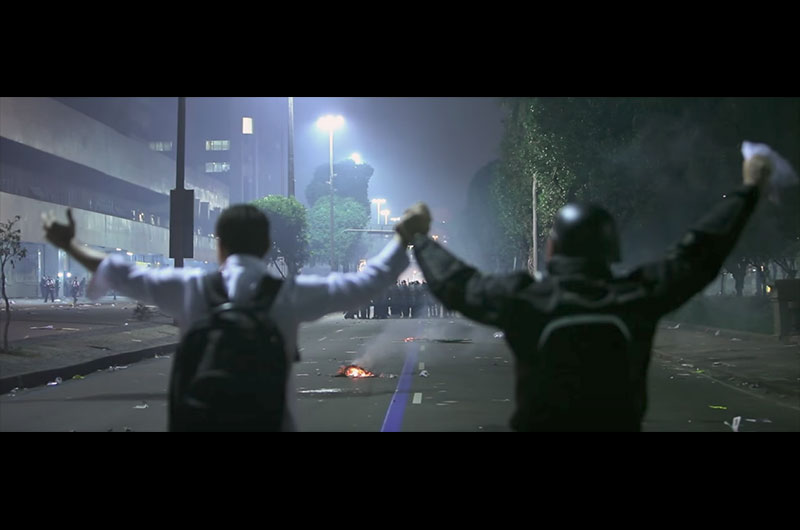 This Changes Everything to show in Davis

Cool Davis is proud to announce a community screening of This Changes Everything, the groundbreaking new film by Naomi Klein that asks the question, What if confronting the climate crisis is the best chance we’ll ever get to build a better world?

The inspiring film will be shown at the Veterans Memorial Theater, 203 East 14th Street, Davis at 4pm on Sunday November 15th. It will be followed by a panel discussion by local experts and activists.

Tickets will be $10 for standard entry (plus a small booking fee) and free for students and low-income residents as we want to make sure no-one is excluded because of cost. But it does mean we need to sell 100 tickets to show the film.

To buy or reserve a free ticket, please go to https://thischangeseverythingmovie.eventbrite.com/

More on the film

Filmed over 211 shoot days in nine countries and five continents over four years, This Changes Everything is an epic attempt to re-imagine the vast challenge of climate change.

Directed by Avi Lewis, and inspired by Naomi Klein’s international non-fiction bestseller This Changes Everything, the film presents seven powerful portraits of communities on the front lines, from Montana’s Powder River Basin to the Alberta Tar Sands, from the coast of South India to Beijing and beyond.

Interwoven with these stories of struggle is Klein’s narration, connecting the carbon in the air with the economic system that put it there. Throughout the film, Klein builds to her most controversial and exciting idea: that we can seize the existential crisis of climate change to transform our failed economic system into something radically better.

“This Changes Everything puts a human face on global warming… and provides something that has been in short supply, namely a modicum of hope for the future” (Los Angeles Times)

Over the course of 90 minutes, viewers will meet…

Crystal, a young indigenous leader in Tar Sands country, as she fights for access to a restricted military base in search of answers about an environmental disaster in progress.

Mike and Alexis, a Montana goat ranching couple who see their dreams coated in oil from a broken pipeline. They respond by organizing against fossil fuel extraction in their beloved Powder River Basin, and forming a new alliance with the Northern Cheyenne tribe to bring solar power to the nearby reservation.

Melachrini, a housewife in Northern Greece where economic crisis is being used to justify mining and drilling projects that threaten the mountains, seas, and tourism economy. Against the backdrop of Greece in crisis, a powerful social movement rises.

Jyothi, a matriarch in Andhra Pradesh, India who sings sweetly and battles fiercely along with her fellow villagers, fighting a proposed coal-fired power plant that will destroy a life-giving wetland. In the course of this struggle, they help ignite a nationwide movement.

Where other climate change documentaries may counsel despair, Naomi Klein’s “This Changes Everything” offers hope. (Foreign Policy in Focus)

The extraordinary detail and richness of the cinematography in This Changes Everything provides an epic canvas for this exploration of the greatest challenge of our time. Unlike many works about the climate crisis, this is not a film that tries to scare the audience into action: it aims to empower. Provocative, compelling, and accessible to even the most climate-fatigued viewers, This Changes Everything will leave you refreshed and inspired, reflecting on the ties between us, the kind of lives we really want, and why the climate crisis is at the centre of it all.

Will this film change everything? Absolutely not. But you could, by answering its call to action.

More on the film and Naomi Klein’s book

After the film, there will be a panel discussion to explore how the Davis community can better address both the challenges posed by climate change and the opportunities that arise from the growing realisation that our current economic system is serving neither people nor the planet.

Local organizations working on climate justice issues will also share brief outlines of their work so people can identify groups to be involved in.