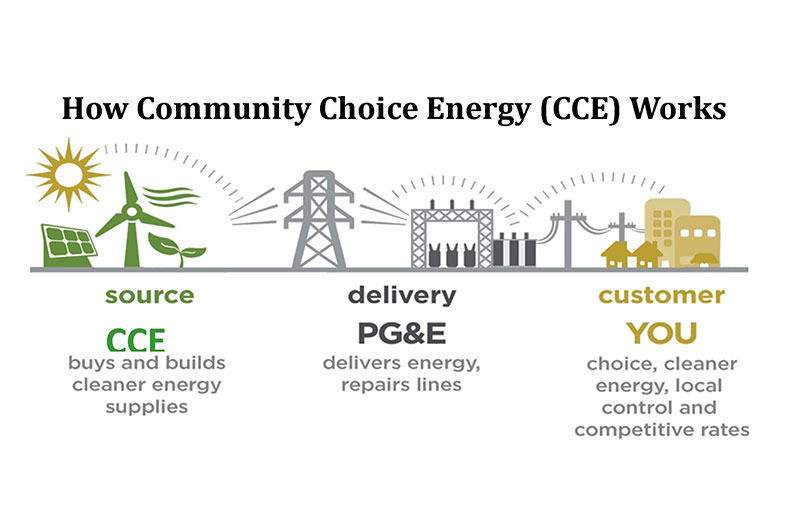 Energy independence, a long-sought goal by local activists, was back on the agenda for the Davis City Council this week. Going back to 2006’s Measures H and I, Davis movers and shakers have pined for the long-term savings, local accountability and greener production methods promised by public power.

THAT attempt focused on joining Sacramento’s public SMUD utility, and while the measures passed in Yolo County (it was a countywide effort), Sacramento residents rejected the idea, after our current electricity provider, PG&E, unleashed a massive advertising campaign. The utility was in no mood to lose customers.

Looming over the whole operation, any attempt to join a public utility like SMUD, or to form our own as some suggested in the intervening years, would be a bruising legal fight with PG&E, as well as protracted negotiations to buy the power-transmitting infrastructure it owns.

The bid for SMUD had gone about as well as could be expected and it still ended in defeat. Having Davis go it alone was financially unthinkable.

SO WHAT changed? The new effort eschews the idea of setting up a utility and forcing PG&E to sell what it wants to keep. Instead, backers have put the focus on Community Choice Energy, an arrangement that leaves the infrastructure and distribution of electricity in PG&E’s hands; instead, the CCE partnership buys the electricity on behalf of local customers.

By aggregating the buying power of its members, the CCE not only lowers costs, it also is able to tap into more renewable energy sources. Choosing cleaner electricity becomes a more viable option.

It’s early days yet, and the council is only just beginning to take up the idea. If it becomes a reality, the next step is to decide whether to set up our own CCE or join another, most likely the Marin Clean Energy, which has been expanding out of Marin County.

Joining them would be quicker and cheaper, but would give us only one seat on a board of 17. On our own, it means time and money; a 12- to 18-month startup, more city staff time and a staggered phase-in.

WHATEVER DETAILS we settle on, the basic idea seems encouraging; a middle path between the status quo of PG&E and the expensive dream of setting up our own utility. It’s an unusual opportunity when the easier way offers everything we wanted.