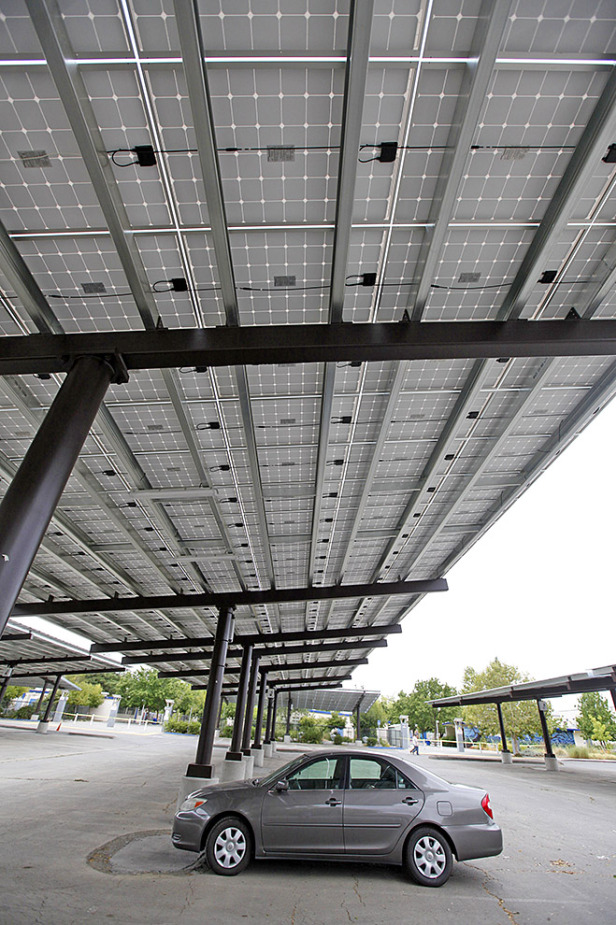 This article reviews recent trends in the costs and performance of clean energy technologies, which are now poised to offer an energy future that can be small-scale and local.

Renewable energy on the rise

This transformation is forming the basis of a 21st-century electricity system that will be increasingly decentralized, enabling local jurisdictions like Davis to have great flexibility. We’ll be able to determine our sources and uses of energy so as to achieve our sustainability goals while keeping energy costs affordable.

Is this armchair speculation, or is there evidence of a major shift in energy sector investment? The evidence is compelling, but it requires careful interpretation. Globally, the shift is occurring faster than most energy experts imagined. To some, it may appear too good to be true.

But true it is nevertheless. In the past decade, global wind power capacity, already substantial, increased by a factor of 10. Solar power capacity, starting from a smaller base, increased by more than a factor of 25. Combined, global solar and wind industries now attract close to a quarter-trillion dollars of annual investment worldwide. These rapidly growing industries have enough manufacturing assets and create enough jobs to sustain their own continued growth into the foreseeable future.

While the United States lags many other countries in per capita renewable energy investment, California does not. Thanks to its environmentally sound policies and excellent renewable resources, California continues to lead the U.S. in renewable energy deployment. In 2014, California accounted for more than half of new solar power capacity installed in the U.S., i.e., 3.3 gigawatts out of 6.5 gigawatts.

Much of the new solar capacity in 2014, about 65 percent for California and 50 percent for the U.S., consisted of relatively large power plants. Industry analysts, however, detect and forecast a shift over the next few years that favors smaller installations connected to local electricity grids. By 2018, they project new “distributed” solar power installations to exceed centralized installations by a factor of two in the U.S. and nearly a factor of six in California.

What are the benefits of smaller-scale generation? Reliability and resiliency, direct consumer cost controls, better integration with local energy resources and energy management systems, great potential for local economic development, more control over the environmental impacts — in short, real potential to align our energy use with our city’s economic, environmental and social goals and needs.

This trend toward decentralized electricity, along with comparable trends in the market for electric vehicles, has significant implications for Davis’ energy future. Davis residents are already investing in solar power at a per capita rate that exceeds that of most, if not all, other California cities.

The excellent solar energy resource in California’s Central Valley results in opportunities for residents to save money by choosing solar. Davis’ savvy community members are, apparently, especially alert to the opportunity.

Wind power also can come into the mix of local resources. Witness the large wind turbines at the Budweiser brewery in Fairfield.

Thus, among California communities Davis is especially well-positioned to achieve an important milestone, i.e., lower cost, more resilient local energy supply that is carbon-free and eventually may suffice for all local needs. It helps that, thanks to the growth in global industries, solar and wind power technologies are mature, proven and already at cost parity with the mix of resources that currently serve Northern California’s electricity needs. Scale economies and incremental innovation in manufacturing processes, rather than research laboratory breakthroughs, produced this result.

While U.S. fossil fuel and electric utility industries regard variable renewable resources as dangerously “disruptive” and “intermittent,” another view is that they mitigate the climate and ecological disruptions and economic intermittencies resulting from energy business as usual.

The above costs and benefits may not, per se, justify a commitment to relying entirely on decentralized energy services for Davis, but the trends shaping California’s energy future may tip the balance in favor of moving in that direction.

Fossil costs are projected to steadily rise from current lows, even without counting myriad subsidies. Future fuel prices are likely to be as volatile and unpredictable as in the past. Nuclear power, with mega-project lead times exceeding 10 years, even if cost-effective, cannot realistically be a factor in local integrated resource planning.

Fortunately, even as solar and wind technologies continue to thrive and improve, other new technologies are emerging and maturing. Technologies are maturing that will enable energy consumers to produce, store and even sell electricity and to shape their energy usage profile to capture dollar savings. These technologies will come into play as important and necessary elements of 21st century energy systems.

The choice before Davis

What will it take for Davis to move toward low-cost local energy supply resources? We think it will take a willingness and commitment to be on the cutting edge of change, to rethink how our city’s electricity grid should operate to better enable these new green technologies.

This can’t be done in a hurried fashion — we need a commitment to building a full understanding of the choices and the organization needed to execute a transition plan. We also need to be flexible in the face of this rapid evolution, to be able to adopt new and better technologies as they become available.

Energy is essential to economic activity. Increased reliance on locally supplied energy requires a new model for energy services. In the next article in our series, we will summarize the view from the cutting edge, including the progress being made in imagining, designing and integrating smaller local energy systems into the fabric of California’s, and the world’s, existing centralized electricity and fuel grids.

— Gerry Braun is a founder and member of the Integrated Resources Network, a growing community of pragmatic innovators working for a smart and clean energy future.  Lorenzo Kristov is a member of the California Independent System Operator team and a nationally recognized energy policy expert in the areas of market design and infrastructure planning. Both are Davis residents.