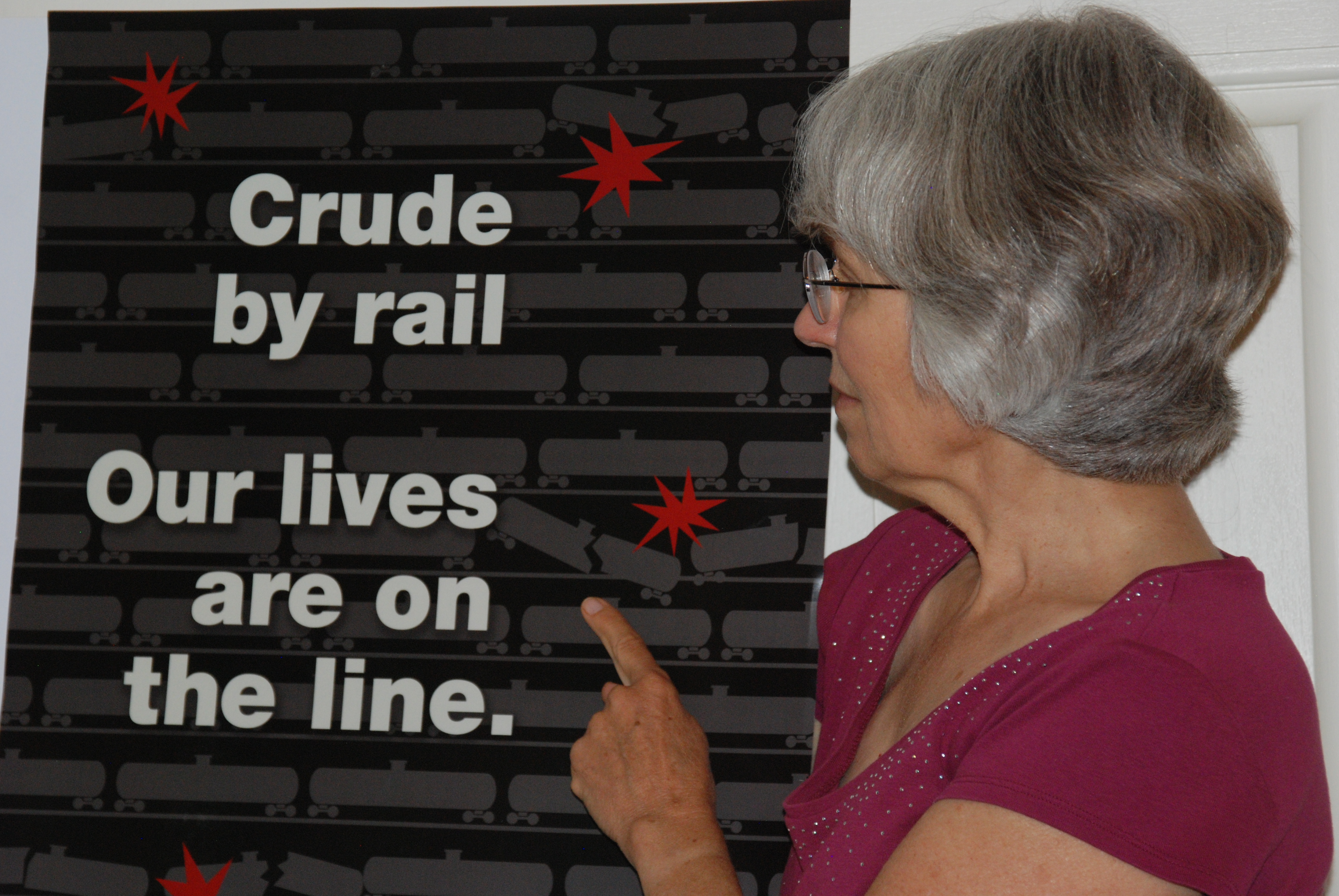 The DEIR comments for the Valero Crude-by-Rail Project in Benicia closed on September 15, with a final landslide of important letters critical of the project arriving on the last day. Attorneys and others who have looked at the quality and quantity of the comments submitted believe at the very least the DEIR will have to be significantly revised to address the many serious issues raised, and then recirculated. They expect the analysis to take many months.

This is an example of an entire region coming together to respond to a serious threat to our safety and taking advantage of the California Environmental Quality Act (CEQA) process to voice our many concerns before the project proceeds. The process is respectful and orderly, and allows governmental agencies, environmental organizations, and individuals all to respond. The responses range from detailed technical analysis of many pages according to the expertise of the agency, often relying on expert scientists and sometimes policy, to more personal or general concerns from the public at large. In addition, public testimony was taken at three lengthy Planning Commission meetings in July, August, and September, all of which can be accessed at the city site below. Finally, the Benicia Planning Commissioners themselves submitted written comments.

CEQA is a stunning example of democracy in action,

CEQA is a stunning example of democracy in action, and in the case of the Valero Crude-by-Rail Project, all concerned parties utilized the channel available to them to look closely at the short and long-term impacts of Bakken Crude and tar sands bitumen entering the state of California via rail.
All comments are added to the public legal record and incorporated as part of the review of the DEIR, and thus all concerns must be addressed in the final EIR. Furthermore, any item entered in the record can be used in future litigation.

The comments can all be read by order of the dates they were submitted at here   In each batch posted, the organizations are listed first, followed by letters from individuals. Be patient, as the large files are slow to open.
An easier, faster site to view the submissions can be found here

A few highlights of the hundreds of pages of commentary follow.

Governmental Agencies:
In the Sacramento region, our governmental agencies stepped forward on our behalf. Yolo County addressed the concern of the magnitude of an accident should one occur, among a range of other considerations about transport over the causeway. Read them here.

The Sacramento Area Council of Governments (SACOG) on behalf of 22 cities and 6 counties raised a series of concerns including advance notification to emergency operations offices of crude oil shipments, limitations on storage of crude oil tank cars in urbanized areas, funding for training and outfitting emergency response crews, installing the best brakes to minimize risks, funding for rail safety projects, installing Positive Tran Controls to prevent accidents, and prohibiting shipments of unstabilized crude oil that has not been stripped of the most volatile elements (including flammable natural gas liquids). Read the full letter here.

The City of Davis concurred with the SACOG and County of Yolo letter concerns and added some specific considerations for trains passing through Davis. In particular, the letter states that the DEIR’s Project description is incomplete and misleading as written, given information about the use of 1232 tank cars and assumptions about “just-in-time” supply chain and the significant sidings that could be used for storage.

The letter also states that the DEIR inadequately describes the project setting as it gives no details about all the uprail cities the trains must pass through with their crude oil loads. Next, the DEIR improperly truncates its description of the project setting by ending the description at Roseville, when at the least the route should be studied to the California borders or better yet to the source of extraction. Clearly the source of the crude does pose a significant hazard to uprail communities that must be addressed in the DEIR.

The Project’s Significant Hazard Risk Requires Feasible Mitigation Measures which are not explored in the present version, and the Davis letter presents a list of possible mitigations. Finally, the City insists that the DEIR fails to analyze the cumulative impacts of the Project given the imminent plans for more daily crude oil trains. Read the full letter here.

The California Public Utilities Commission in conjunction with the Office of Spill Prevention and Response also commented at some length on the DEIR, submitting their letter on Governor Brown’s letterhead. Read the full letter here. The letter addresses issues about the length of track analyzed, the derailment and accident calculations, the legal enforceability of the Valero commitment to use CPC- 1232 tank cars, the total derailments attributable to the project, insufficient attention paid to potential consequences, assumption regarding the number of cars expected to derail and other areas.

Environmental Groups
The Natural Resources Defense Council Document is a must read for the environmental group letters submitted! It clearly lays out so many of the flaws with the DEIR! Rather than a summary, go right to the document here!

Last but not least, read the letters from Cool Davis on Greenhouse Gas emissions and from 350 Sacramento at the link above.

Individual comments
Finally, many dozens of residents did their best to add their voices commenting on their personal concerns, whether or not they attended the five workshops offered. Some wrote of living close to the railroad tracks and their worries of a derailment and explosion. Others pointed out the noise and vibrations of the daily mile-long trains of heavy tank cars. Others wrote about the potential danger of crude oil trains on tracks that run through areas with earthquake fault lines, and many asked probing questions about the liability and who would cover the costs of accidents and spills. Many were concerned about our water supply as trains cross the mountains and our major rivers. A few raised questions about the cumulative impact of the Valero daily trains in the context of the proposed daily train to Phillips 66 Santa Maria refinery in San Luis Obispo County whose DEIR is to be released this month.

Next Steps
The review period for the federal Department of Transportation proposed safety rules remains open to public comment through September 30. A petition from ForestEthics is available for signatures through September 21.

The DEIR for the proposed recirculated DEIR for the Phillips 66 Rail Spur Project for the Santa Maria refinery in San Luis Obispo that will bring 80 tank cars of crude oil through Davis each day will be released mid-September for a 60-day review period. Watch Cooldavis.org and Yolanoclimateaction.org for ways to respond during the comment period.