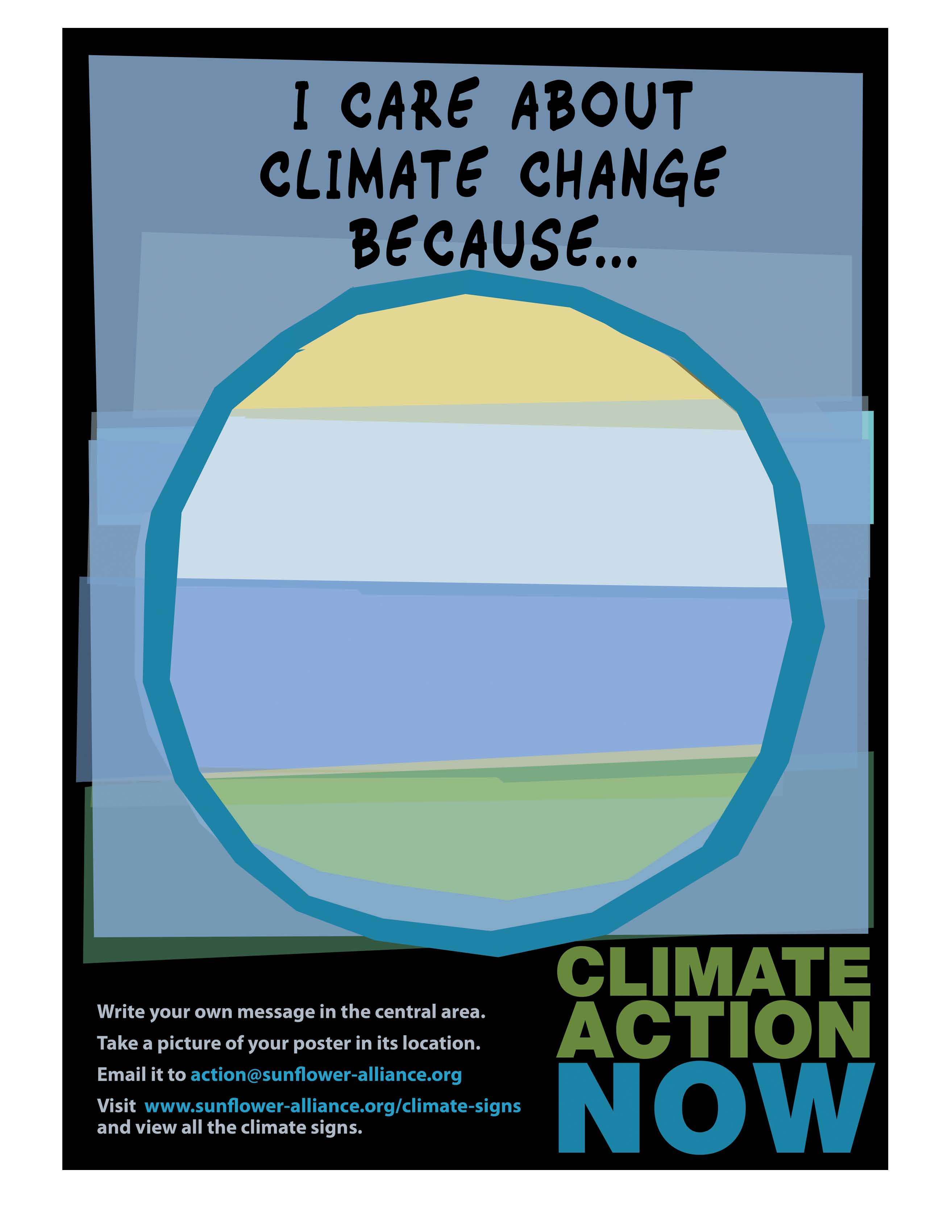 In solidarity with organizers touting the largest climate march in history in New York City, dubbed The People’s Climate March, Sunday, September 21, local activists are organizing a same day gathering in Davis Central Park. The action takes place at the Farmers Market Pavilion behind the U.S. Bicycling Hall of Fame from 11:30 A.M. to 2:30 P.M. plus films screened at the Davis Community Church Fireside Room.

The recently released film Disruption. Climate. Change., speakers, the Sacramento Raging Grannies (climate Singers), a convergence of EV and electric bike owners, completing posters of “I care about climate change because…,” petitions and letter writing — top the bill. Organizers welcome residents of Davis and surrounding communities from all walks of life to gather and share their climate concerns. Participants are asked to attend via bus, train, bike, foot, scooter, electric cart, electric car, skateboard, hybrid, or carpool and to bring their own reusable water bottles. Signs and personal demonstrations welcome.

A community showing of the film “Disruption! Climate. Change.” at the Blanchard Room of the Davis library two Sundays ago, attended by about 30 community members, outlined the history of social and environmental movements in the United States and laid out the facts of climate change including three known tipping points. The movie—which serves primarily as a countdown to the East Coast event—catalyzed local community resolve and provided resources for those with passion for the cause to get involved. Regional groups will shortly be boarding trains from Emeryville. CA to New York. The film will be shown twice at the Davis Community Church, 412 C Street, Fireside Room, during the Sunday gathering along with a Vice News documentary entitled, “The Crude Gamble of Oil by Rail: Bomb Trains.”

Several Davis residents are making the trip to NYC: Jean Jackman, Kristin Heinemeier and her son Peter, and Emili Abdel-Ghany, a newly-graduated UC Davis student who organized the California Student Sustainability Coalition and the Fossil Free Divestment Movement. They will be blogging and sending photos while they’re in NY, and reporting in the Enterprise when they return.

The NYC event purposely precedes a gathering of world leaders in New York City for a United Nations Climate Summit, Tuesday, September 23, the Fall Equinox, in advance of a subsequent 21st United Nations Framework Convention on Climate Change to be held in Paris in 2015 where legally binding agreements to place limits on carbon emissions may finally achieve universal support. Organizers hope the delegates will get the message: Climate Action Now.

Go to peoplesclimate.org for more information about the New York action and un.org/climatechange/summit for more about the UN summit. Text 97779 subject “Disruption” to receive information and updates via smartphone. Contact Lynne Nittler at lnittler@sbcglobal.net for information or to help with Climate Rally in Central Park on September 21.

Leslie is a local activist and member of Cool Davis

Dry February sends California back to drought: 'This hasn't happened in 150 years'

Dry February sends California back to drought: 'This hasn't happened in 150 years'

February is typically one of the wettest months in California, but the state is parched, and there’s no moisture in the forecasts