Home > Consumption > How to become a solar cook 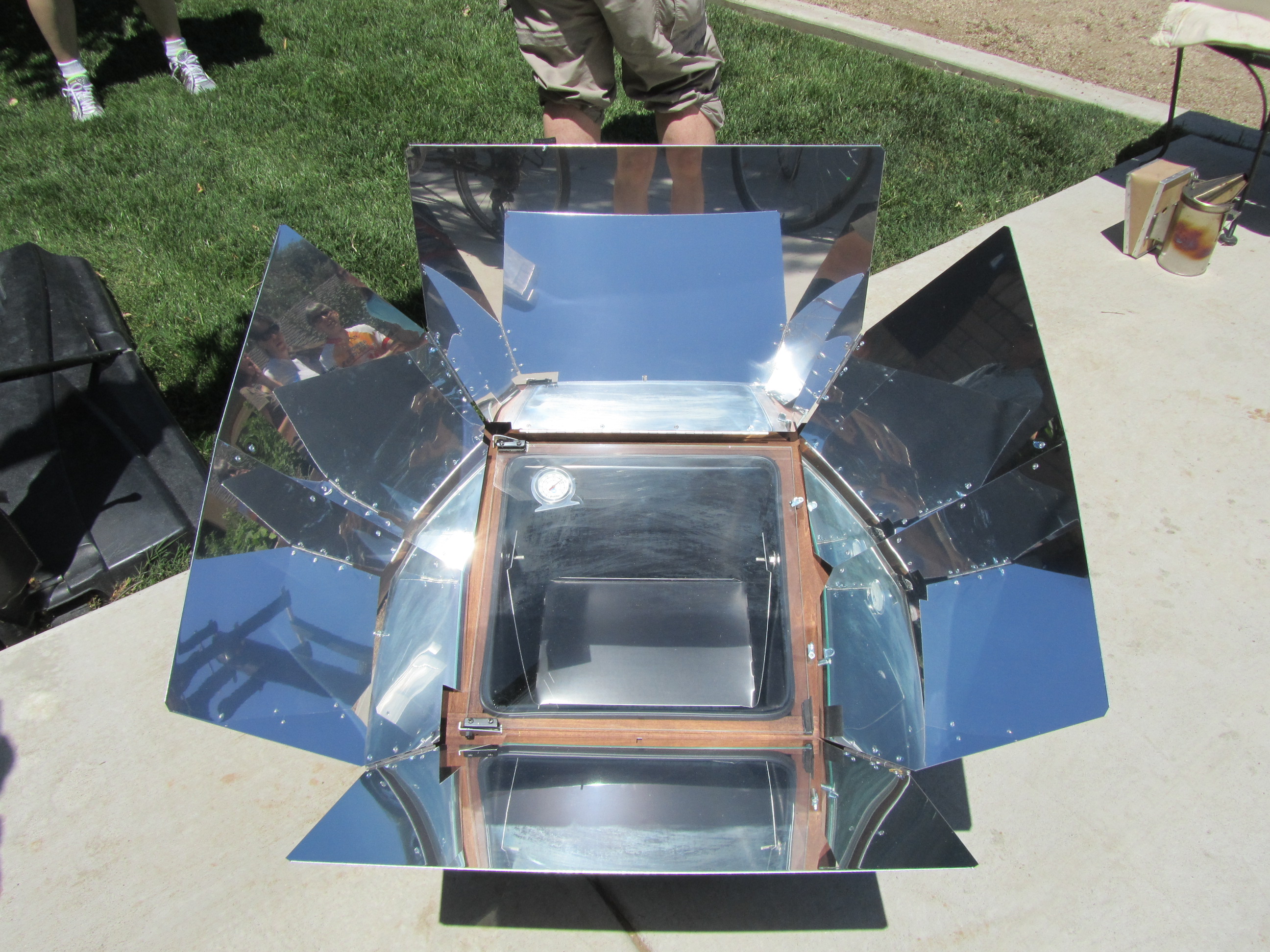 How to become a solar cook

by Special Contributor May 20, 2014
Consumption

Solar cooking is one of those things that’s so simple it’s hard. What’s hard is getting started. Several years ago I got over this hurdle by taking Dennis Zanchi’s solar cooking class at the Davis Food Coop Demonstration Kitchen.

Dennis demystified the principles of solar cooking and made learning about it fun. If you have time and sunshine, and would like to become a solar cook, I suggest you sign up for Dennis’s June 14th class at http://davisfood.coop/education/ cooking classes. He’s an expert, using his solar cooker during the half-year when the sun is high. He’s known even to make solar meals on work days.! !

After Dennis’s class, but before investing in my own solar cooker, I borrowed one from my sister and discovered that cooking with solar power was, indeed, simple. Knowing I would use it, I bought a good-quality solar cooker. Since August 2012, I’ve come to use mine nearly every day, April to October. If nothing else, I heat a small pot of water mid-afternoon for washing rinsed dishes that have accumulated in the prior 24 hours. It’s become a part of my lifestyle, along with drying clothes on a line. (I understand; this will not appeal to everyone.)! !

There are no special recipes for solar cookers. You can cook almost anything in one that you would cook on a stovetop or in a gas or electric oven, though you’ll need to allow roughly 25% more cooking time. But don’t worry about time; food is done when steam/condensation appears on the glass part of the oven. For breads and cakes, heavy condensation (water beginning to run down the glass) means those items are finished. For meats or other items watch for light condensation, then check for preferred doneness. It’s almost impossible to burn food in a solar oven.

Keep in mind food safety, as you would with anything you cook in any manner.! ! One drawback to solar cooking is that foods don’t brown or caramelize. For this reason, I use mine primarily to cook rice, soaked beans, potatoes, sweet potatoes, and artichokes—the kinds of nonfussy foods that take time to cook and heat up a kitchen. I put the food item in the oven, point it toward the sun, checking when/if I remember and realigning the cooker with the sun if more cooking time is needed. I take more care if I’m cooking foods that take less time to cook like steamed chicken or vegetables coated in oil.

My main approach is to cook basic foods that last for several days and can be combined later for quick meals. However, I recently made a pizza that required reducing left-over spaghetti sauce, then cooking down mushrooms, and finally cooking the pizza itself.! !

The most efficient solar cookers can get to temperatures of 300 degrees, but all get hot enough to  require pot holders when removing cooked food. Many of us learn this from experience. I wouldn’t solar cook with toddlers around, since solar cookers are usually placed to optimize exposure to the sun, often on the ground or on a table that could be bumped. The water I use for washing dishes is scalding hot; I shudder to think of anyone, of any age, being scalded because I like to wash my dishes in solar-heated water. It takes pre-planning and a coast that’s clear to get hot pots from one side of my sliding-glass door to the other.! !

I cook with the sun because I have time and because it gives me pleasure; it makes my life better. If you have a hunch solar cooking will make your life better, I hope you find your way to become a  solar cook. Your way might involve making a solar oven, researching on the internet, learning with children, being mentored by a neighbor, or waiting until you have time. ! !

There are many ways to become a solar cook. They all have only one hard part: getting started.

food farms and gardens
SUPPORT US