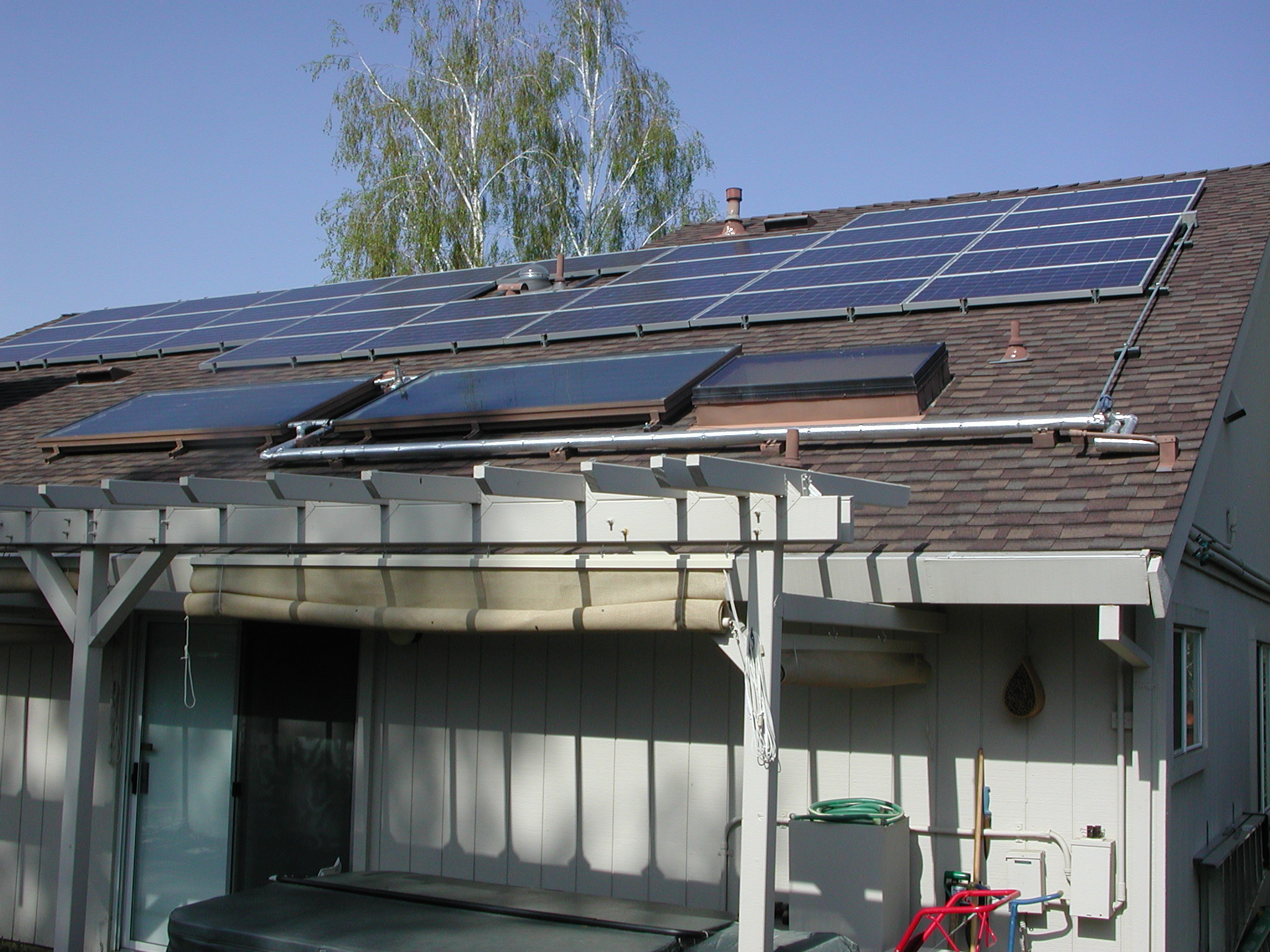 We have been thinking about a different energy future for Davis.
Imagine:
* Almost every dollar Davis residents and businesses spend on electrical energy stays in Davis.
* All of the community’s electrical power is provided by local sources — mostly photovoltaic panels covering unshaded rooftops, parking lots and some vacant lots. Renters and homeowners without suitable roof space can buy into solar gardens in and around the city and get credit on their utility bills.
Actually, there is a surplus of solar power because people see this as a smart investment. The surplus can be sold to the grid, with an attractive return.

* The city’s state-of-the-art power grid is self-contained. Batteries, including those in electric cars, can be used to store surplus energy from solar or wind to meet demand peaks, such as those caused by air-conditioning in the summer.

* There is a boom in the sale of electric and plug-hybrid cars as cheap solar electricity reduces the cost of driving and car batteries provide back-up for rare power failures.

* Batteries also provide storage by converting solar or wind energy into hydrogen, which then generates power at peak times. Likewise, bio-digesters could convert waste to fuel that could be used for space and water heating and to generate electricity using fuel cells.

* Geothermal energy becomes practical for homes, apartments and commercial buildings. Why? Because locally developed technology has slashed the cost of drilling wells for ground-source heat pumps. Waste becomes an asset, not a liability, used as fuel in gasification units developed at UC Davis.

* The electric utility is financing deep retrofits of existing homes with the latest technologies for minimizing energy use and greenhouse gas emissions. New and existing businesses find new customers for renewable energy and efficiency, because there is abundant cheap financing (such as PACE, Property Assessed Clean Energy) and

This future depends on many things, among them 1) continued rapid growth and maturation of solar, electric vehicle and building energy management industries; 2) abundant and favorable financing for renewable energy and retrofit projects; and 3) local energy services designed with local energy usage profiles and local energy resource development opportunities in mind.

It also depends on an electric utility that is prepared to accept and nurture that future. Do we have that now?
Pacific Gas & Electric Co. provides some of what we need: rebates for renewable and efficient energy, accessible information on energy use, smart meters and purchase of surplus renewable energy (mostly solar ) at low prices. The state, acting through its Public Utilities Commission, has required it. But much of this is under attack and could change.

Although the California Public Utilities Commission counts energy conservation in its calculations of allowed return, success in reducing use of the company’s product does little for its bottom line. The “distributed power” energy future that is good for Davis is threatening to the current investor-owned utilities.

A new state law, SB 43, authored by Sen. Lois Wolk, D-Davis, could provide a boost for Davis’ new energy future. It requires 600 megawatts (MW) of solar gardens throughout the state, and sets aside 20 MW for Davis. The city of Davis would like to own and operate the 20 MW and fund it by selling shares to local ratepayers and other investors. It would like to provide utility bill credits to local investors that would represent a fair return on the investment.

But PG&E has its own plan: It would own the solar gardens; it would charge customers a higher rate for buying into the project; it would give a bill credit not big enough to make up for the increase; and it would give no guarantee that the solar gardens would be built in or near Davis. The final decision is in the hands of the CPUC, where the city is a party to the proceeding.

PG&E and almost all other investor-owned utilities are working from a business plan that is more than a century old, dating back to Thomas Edison. The industry is resisting the need to come up with a business model that works with the new world of climate change and emerging clean, low-cost clean energy technology.
But, the fundamentals of the industry are being questioned. Must we continue to rely exclusively on huge remote power-generating stations that require long, leaky transmission lines that are difficult to permit? Even when these big facilities deliver solar or wind energy, they are environmentally controversial and hard to sell to regulators and the public.

These issues will take a long time to resolve. In the meantime, public power provided by locally owned utilities accounts for about 25 percent of California’s electric power, generally at lower rates that those of private utilities. Some, like the Sacramento Municipal Utility District, are innovative and advanced in their planning for a grid that accommodates renewable energy and efficiency and distributed, local sources of power.

The city of Davis has revived its interest in a municipal electric utility and has authorized a thorough study by local and outside experts to determine whether 1) rates can be reduced, 2) energy can be cleaner, 3) power can be more reliable and 4) whether the city can realize significant economic benefits.

Until all the facts are on the table, Davisites should keep an open mind for the facts and a closed mind to speculation and disinformation.