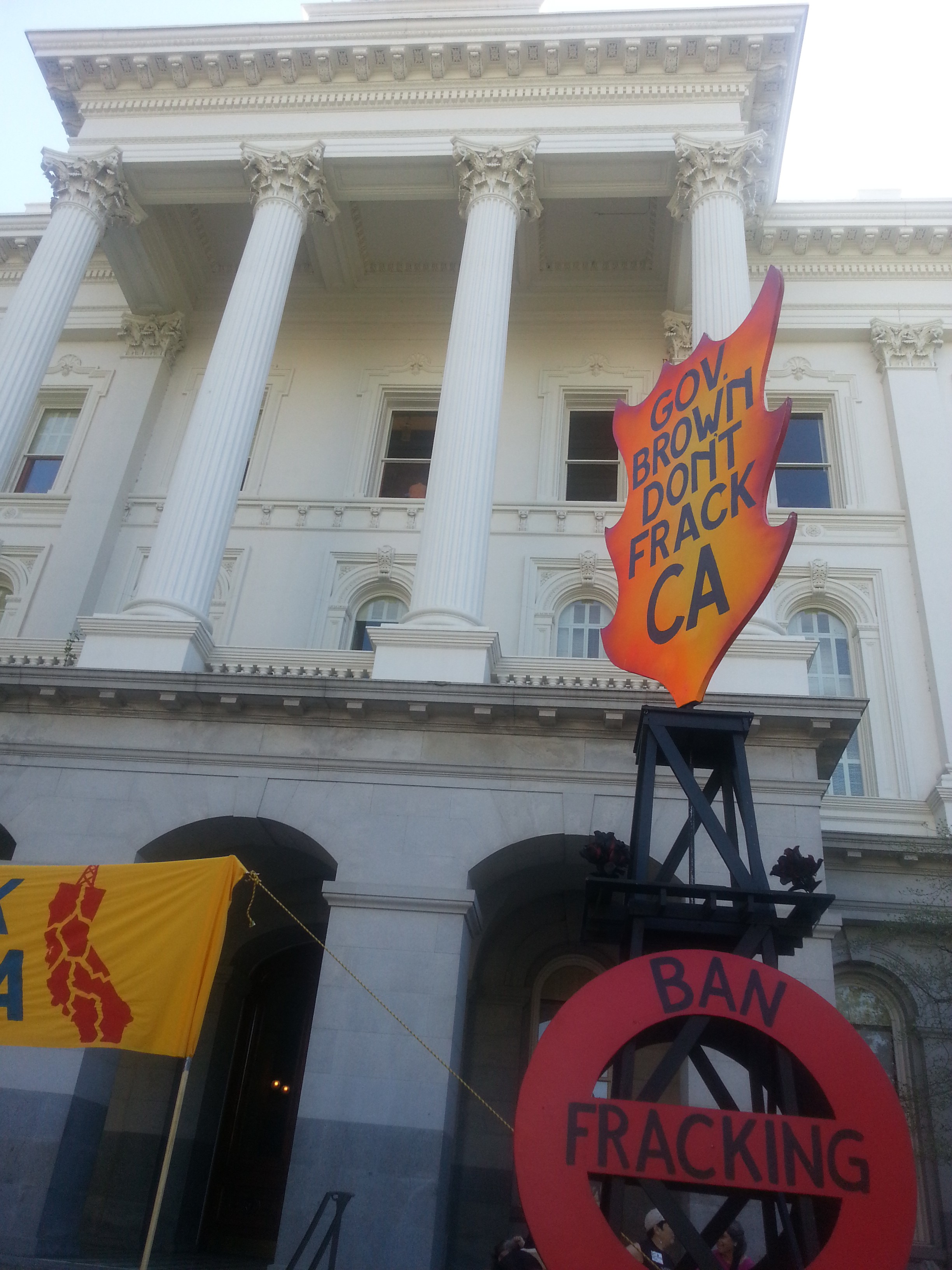 Over 20 UC Davis students and a similar number of residents marched around the Capitol in Sacramento on March 15th to call for an end to fracking in one of the largest protests against fossil fuel extraction in the history of California.

“Fracking” is a method of oil and gas production that involves blasting millions of gallons of water, mixed with sand and toxic chemicals, under high pressure deep into the earth to extract oil and gas. It has been linked with pollution of local air and water as well as methane leaks, one of the most potent greenhouse gases. Fracking is already being carried out in California, but is likely to expand massively as oil companies seek to extract an estimated 15 billion barrels of oil in the Monterey Shale, a rock formation that stretches from the San Francisco Bay Area to the Los Angeles Basin.

A coalition of environmental, business, health, agriculture, labor, political, and environmental justice organizations called Californians Against Fracking organized the protest and are working to win a statewide ban on fracking in California. 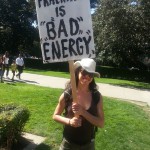 Donna Farvard, a UC Davis student said of the march and rally: “The energy and enthusiasm of this group  was both inspiring and exhilarating. Protesters came from all walks of life, providing an accurate representation of our citizens and proving that the movement to ban fracking is not limited to the millennial generation.”

The rally began with moving speeches from speakers including David Braun, the cofounder of Americans Against Fracking, and Huey Johnson, a former Secretary of Resources in the Brown Administration. Native Americans were particularly prominent, speaking out on the damage fracking was causing to ‘Mother Earth.’

Penny Opal Plant, an organizer of the Idle No More movement that originated in Canada, pointed out that the battle against fracking and other destructive methods of oil and gas extraction is a worldwide struggle, including Lakota resistance to the XL pipeline, the resistance of Canadian First Nations to fracking and battles of indigenous people against destructive resource extraction throughout Latin America.

“Mother Earth is expecting us to be strong. We are her immune system. We are her cells activating on behalf of her fish, our two-legged relatives, those who fly and all of her life,” Plant said.

Participants were then organized to surround the capital in an embrace to show the protestors love for California and our desire to protect our state. 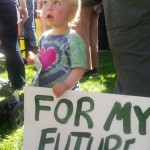 Donna Favard said: “In our embrace we cheered for Governor Brown to ban fracking. Regrouping on the lawn we linked arms and sang for not only ourselves, but for the futures of generations to come. In our current drought, Californians cannot afford to waste this water. It is for these reasons that so many individuals gathered on the State Capitol. Together we made our voices heard to Governor Brown. We sang from our hearts, cheered from our souls and even left Brown a voicemail: “Clean energy today Jerry Brown.”

UC Davis Students Against Fracking is a coalition with CALPIRG Students and California Student Sustainability Coalition (CSSC) that is working to ban fracking in California. If you are interested in getting involved you can contact Donna Farvard at dfarvard@ucdavis.edu.