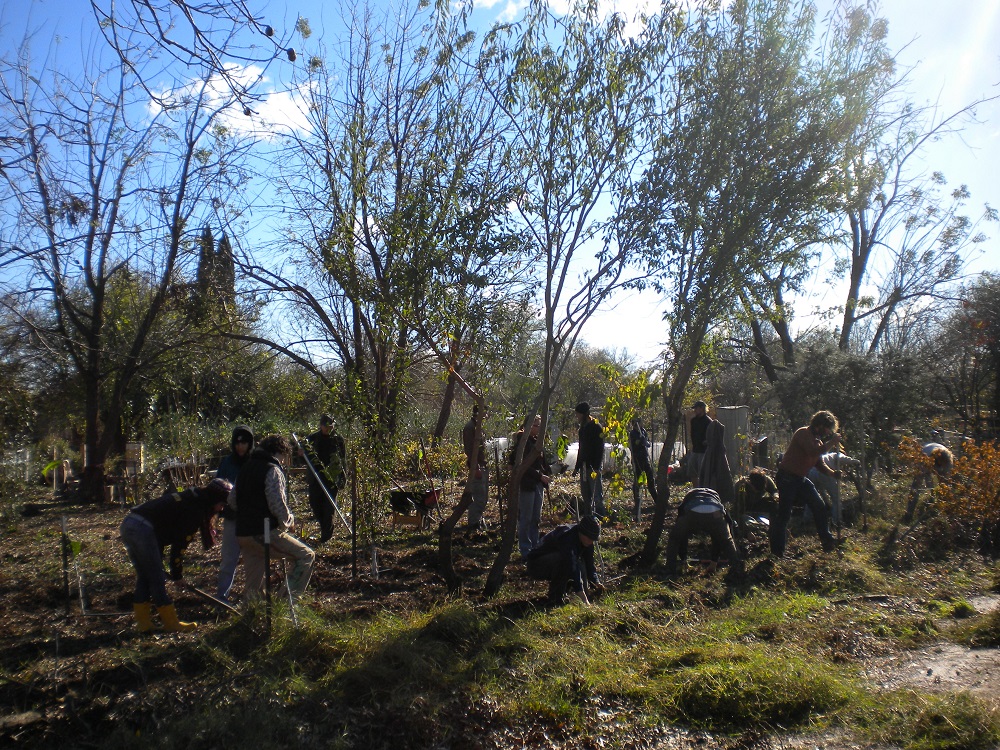 The Davis Permaculture Guild began organized their first meeting in April of 2013, and they became a partner of the Cool Davis Coalition this fall. Steve Nyholm is most enthusiastic about the group he helped to found.

The guild’s first goal is to come together as community members who care about these issues. Networking and sharing ideas is extremely valuable as people are more effective working together.

Nyholm added, “Our second goal is to educate ourselves and others. We have monthly informational meetings the first Thursday of each month at 6:30pm at the Davis Food Coop, with a goal of bringing in speakers who can share knowledge.” Topics so far have included food forests, natural building, greenhouses, seed saving, bees and natural time, history of our land, edible city movement, and other economies, and Q&A about organic gardening.

The third goal naturally follows: to organize work parties and workshops to get hands-on experience as well as to improve the local landscapes. So far, the workshops include planting a food forest, making a HugelKultur water saving raised bed, appreciating the honey bee, and intro to permaculture.

The Permaculture Guild is a splendid fit with Cool Davis as it seeks to restore soil fertility, produce food, and achieve zero-waste at a community level while reducing water consumption, sewage production, and energy usage! The barrier that prevents these goals from being readily adopted is the typical human resistance to change. Steve explains it like this:

“A resilient community views food as something that is grown in our living spaces (at home and in public places), eaten fresh or stored in reusable containers, followed up with composting the parts of the food we don’t eat, and finally using the compost to help grow new food.”