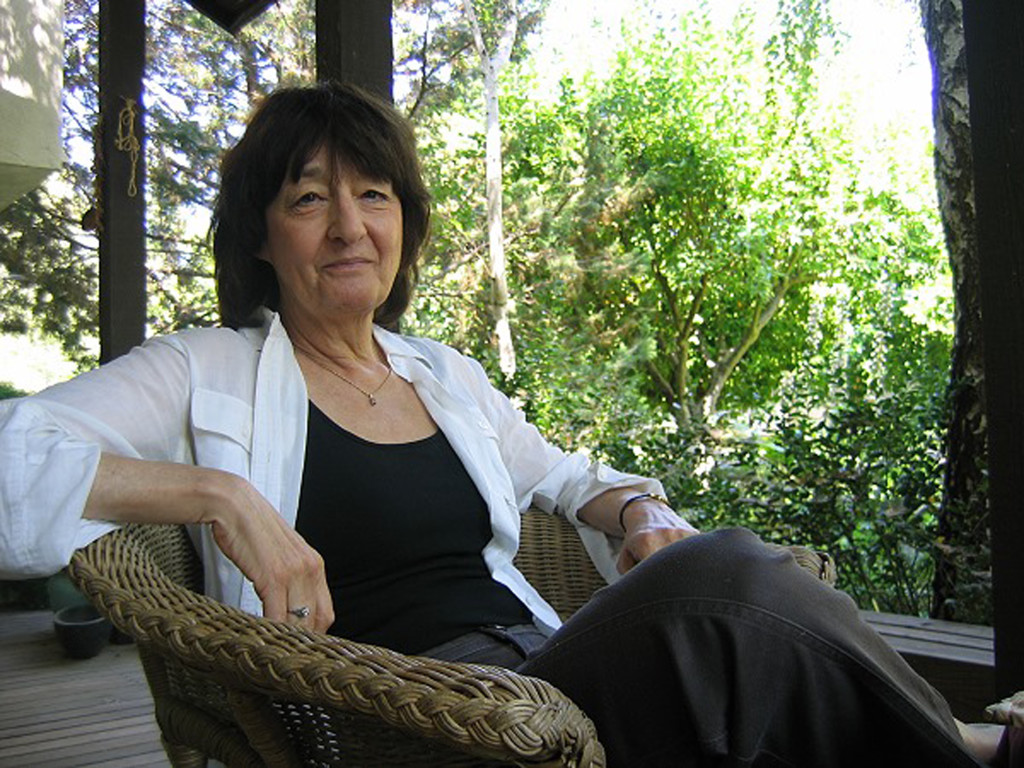 by Lynne Nittler May 7, 2013
Events, Inspiration

“It feels better to do something than nothing.”

That’s how local environmental hero Judy Corbett describes what has motivated her life’s work. It’s an understatement, coming from a woman whom Time Magazine has named a Hero for the Planet.

Judy Corbett has spent the last three decades as executive director of the award-winning Local Government Commission.  This Sacramento-based nonprofit works with local government leaders throughout California to promote livable communities that include healthy, engaged people, a healthy environment, a more sustainable economy, and an equitable society.

The Local Government Commission promotes this by producing and sharing practical resources and by bringing local government officials together to learn from one another and from experts as they create local solutions to increasingly global challenges.

Judy Corbett has long been interested in how we’re affected by the design of our built environment–our cities, neighborhoods, and buildings.  Her background in science and interest in psychology led to an MS in ecology at UC Davis.

When Corbett and her then-husband, Mike Corbett, proposed developing Village Homes in Davis in the 1970s, their plans for a community that placed humans over cars and promoted energy efficiency were not exactly welcomed with open arms.  Narrow streets?  Natural drainage?  Pedestrian and bike paths?  These weren’t the norm.  Getting Village Homes approved wasn’t easy, yet today it’s a much-loved Davis icon.

Based on her education and experience, Judy Corbett saw that to humanize our built environment and promote more sustainable development, land-use patterns would need to change.  Working with local elected officials–mayors, city council members, and county supervisors–offered the most promise: they have the final say over what gets built, and it’s easier to initiate change at the local level.

Judy  Corbett and the Local Government Commission have been promoting “smart growth” since before the term was coined.  She helped draft and spread the Ahwahnee Principles, which inspired the smart growth and new urbanism movements.  The Principles “provide a blueprint for elected officials to create compact, mixed-use, walkable, transit-oriented developments in their local communities.  Cities and counties across the nation have adopted them to break the cycle of sprawl.”  Download a copy of the Ahwahnee principle at http://www.lgc.org/ahwahnee/index.html

We can all thank Judy Corbett for helping local governments make the Ahwahnee principles a reality all across California, including right here in Davis.  Our vibrant downtown area, with Central Park and the farmers’ market, businesses and nearby housing, and a variety of ways of getting around, is “smart growth,” as are our clear city boundaries that help us preserve farmland and to avoid the financial and environmental costs of leapfrog development.

After thirty productive years and numerous awards, including the Distinguished Leadership Award for a Citizen Planner from the American Planning Association, Judy Corbett has decided that it’s time for change.  She’s stepping down as the Local Government Commission’s Executive Director, but will remain involved.

Judy Corbett looks forward to continuing her work with officials in crafting policies and programs to meet the challenges of restricted budgets and the effects of climate change, as well as California’s water and energy scarcities.  She sees opportunity as communities and officials become more interested in and open to new ideas.

Her reward?  time with her grandson

She’ll also enjoy spending time with her two-year-old grandson, who will soon be her neighbor.  Her son plans to build a house on the last unbuilt lot in Village Homes, where he grew up riding his bike on the paths and enjoying the benefits of living in a neighborhood where people know one another.

Davis’s own Hero for the Planet looks forward to watching her grandson do the same in the neighborhood that helped propel her to combine her knowledge of local government, development, and ecology, and her ability to work with officials, to launch a career whose positive effects will outlast us all.

As Judy  Corbett said about having her grandson live nearby, “What better reward in the world is there than that?” By promoting livable communities that take care of people and the environment, Judy and her non-profit have made California a better place.