Home > Events > ‘The True Cost of Oil’ returns to Davis 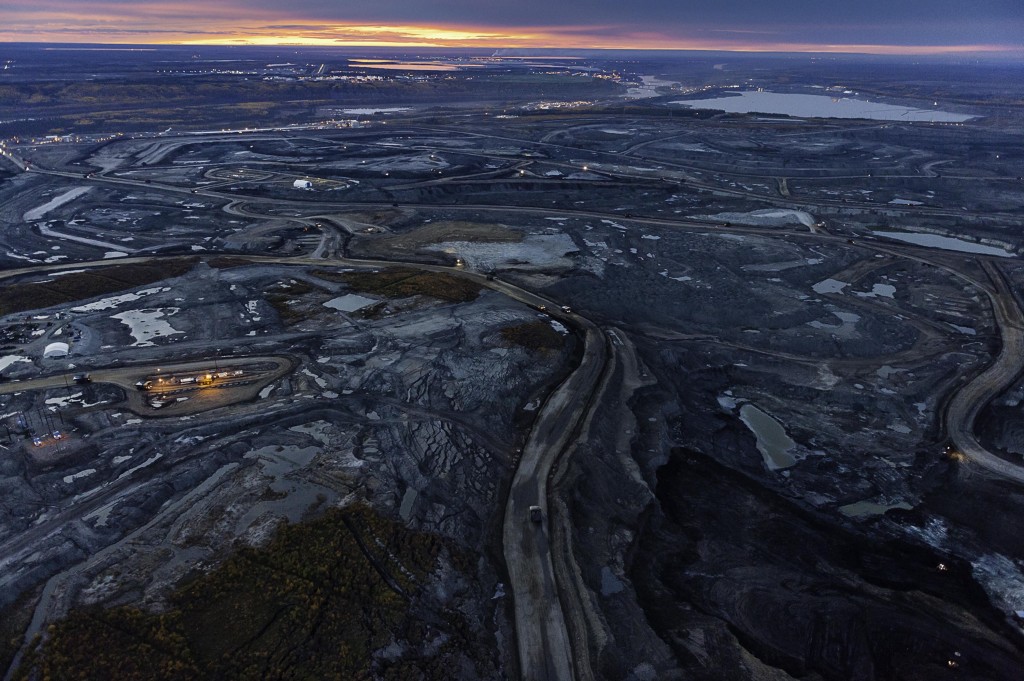 ‘The True Cost of Oil’ returns to Davis

This piece by Lynne Nittler is cross-posted from the Davis Enterprise.

The grandeur and beauty of Canada’s untouched boreal forests and temperate rainforest — and the threats posed to them by the Alberta Tar Sands mines — will be showcased in a slide-show talk presented by environmental photojournalist Garth Lenz at Stephens Branch Library at 7pm on Tuesday, April 16.

Lenz will narrate the natural history of the region in his presentation, “The True Cost of Oil,” as he shows his photographs — most taken from the air — that demonstrate the massive scale and destruction of the tar sands tailing ponds and mines already in operation. While his talk is calmly factual, the visual impact is emotional.

“I had no idea how huge the mines were,” Kathy Robinson said after seeing the photographs at Lenz’s January presentation in Davis.

Added Bill Heinicke, “The boreal is astonishingly beautiful. How sad to bulldoze and dredge the land to extract tar oil that will, in turn, accelerate climate change!”

Lenz’s upcoming presentation offers a chance to talk with someone who has returned to region many times and has studied it extensively. Since he is from British Colombia, Lenz brings a different point of view that adds another dimension to the conversation.

With this program, Lenz aims to stimulate awareness and discussion on this timely topic. The proposed Keystone XL pipeline will carry the crude oil — actually, an asphalt-like bitumen — from the Alberta Tar Sands mines to refineries along the Gulf of Mexico coast in Texas, where it will be processed and shipped overseas. The pipeline is expected to be approved or rejected by President Obama early this summer.

A broad coalition of environmental and faith groups have joined together to protest the Keystone XL pipeline for a number of reasons, not least of which is the resulting increased contribution to greenhouse gas emissions.

On Feb. 17, at least 40,000 people gathered at the White House and thousands more massed in 11 cities across the country, including 5,000 in San Francisco, to urge Obama to reject the pipeline. The protests continue as the president travels around the country.

Meanwhile, in a mid-March advisory vote, 62 U.S. senators voted to approve the pipeline, although the decision is up to Obama and the State Department.

Obviously, sentiments run deep for and against the pipeline. For those who are confused by the conflicting points of view or who want to know more, this talk is an opportunity to bring questions and afterwards join in open discussion.

As a fellow of the prestigious International League of Conservation Photographers, Lenz is best known for his work presenting environmental and social justice issues in Canada, Chile, Ecuador, Borneo and China.

He has created a unique niche for himself for his unusual subject matter and his choice of aerial photography.

“From the outset, a central theme of my work has been the contrasts between the industrialized and natural landscape,” Lenz says. “The primary focus of my early work was forests and the impacts of industrial logging. …

“My recent work has been largely focused on the world of modern fossil fuel production and its associated impacts on the landscape — including mountaintop removal coal mining, shale gas production and most recently the Alberta Tar Sands.”

Lenz says he believes his best work so far may be some of the photos from the tar sands where he has been gathering and updating photos since 2005 to document what is happening in his own extended back yard.

“People tell me my photographs make the mines too beautiful,” Lenz smiles.

He says some of the shots are beautiful, and then the viewer does a double-take, realizing that the photo actually shows toxic chemicals in a tailing pond or glistening oil.

The photos are so impressive that the curator at the Crocker Art Gallery in Sacramento took one quick look at Lenz’s portfolio and identified the photograph she asked him to donate to the gallery’s permanent collection.

All are welcome, but preregistration at www.cooldavistarsands.eventbrite.com helps organizers with their planning.