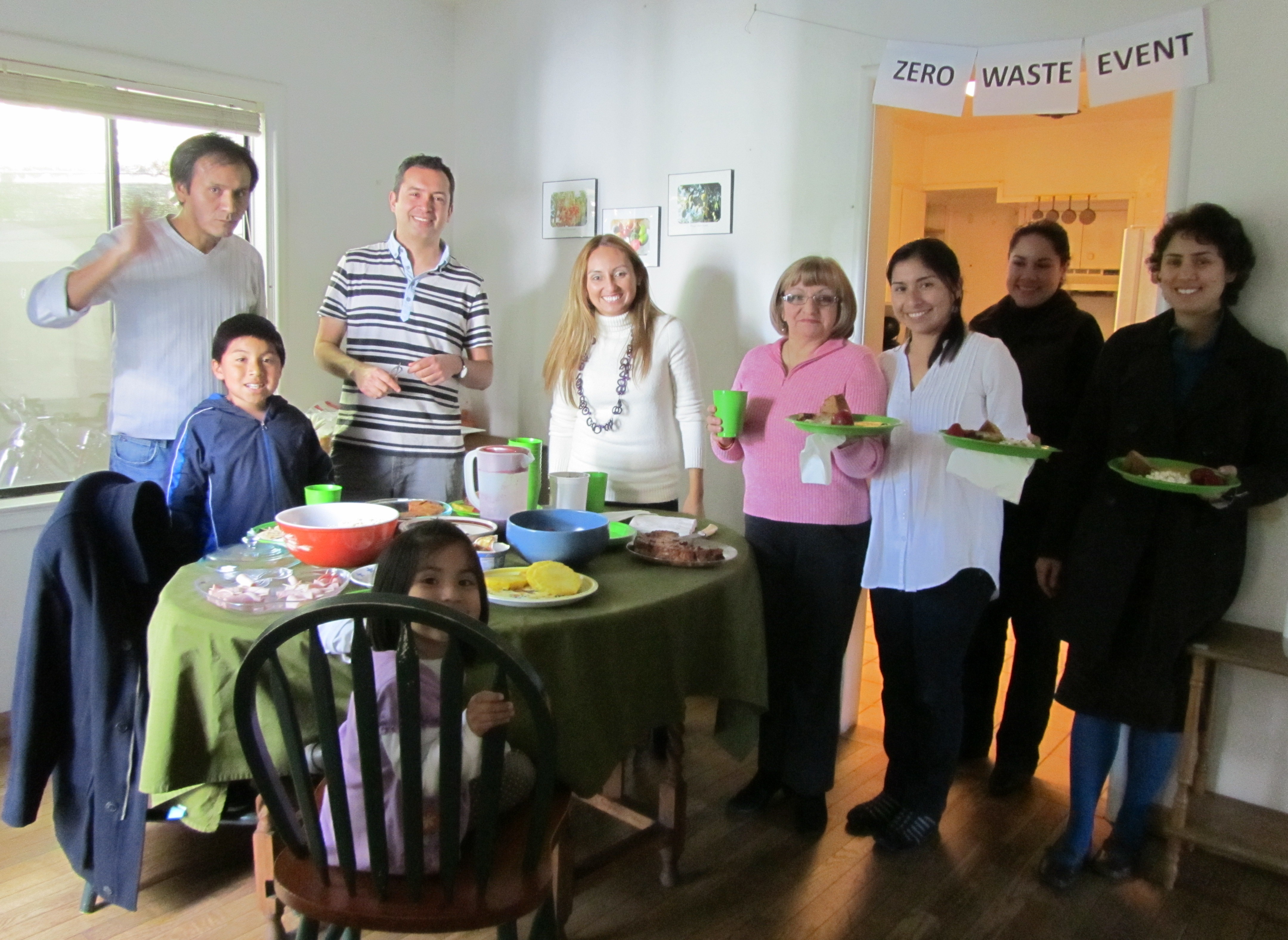 One of the most entertaining ways Clara Perez has found to help her community raise its collective environmental awareness has been to gather her tight knit group of largely Colombian and other Latino friends together to watch a documentary, eat good food, and discuss the topics raised in the film.  She has even created a toolkit that provides a helpful outline for doing this type of event, as well as a nice way to document who attended the event.  Anyone can use this type of toolkit when hosting their own event.

It’s a great way to get your friends together and help the environment at the same time.

Clara came across the movie Bag It, a documentary about plastics in the environment.  She had the idea to invite her friends over to her house for a potluck and film screening. It turned into a small-scale, zero-waste event similar to Cool Davis Initiative’s larger Y.E.R.T. (Your Environmental Road Trip) film event held last March at the Veteran’s Memorial Theater.

It wasn’t at all difficult bringing her group together.  In Clara’s own words “Since as part of our culture, Latino Americans have strong links with family, when we are away from home, in many cases, we consider our friends like family members.  We help and support each other… and we [often] get together for celebrations and have two annual fundraising events to collect money for people in need in Colombia.”

As easy as it was to bring this group together, Clara utilized various methods of inviting her friends to the event according to their individual preferences.  Some of her friends prefer getting text messages, others rely on emails, and there are still those who prefer a phone call. 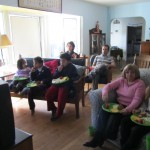 Two of Clara’s friends who attended the event have been inspired and motivated to think about their consumptive habits in new ways.  Post Doctorate Paola Prada found the film to be particularly intriguing because it reinforced underlying issues related to the research she is doing on avian olfaction, more specifically as it relates to the smell of plastic as a possible attractant to seabirds.

Paola particularly enjoyed being able to discuss the film among friends in a very spontaneous, relaxed forum.  She found the film to be “shocking” and an “eye-opener.” It motivated her to examine more closely some of her everyday habits and consumer choices.  She exchanged emails with other attendees after the event and decided to avoid BPA products and certain types of makeup, and continues to pay more attention to the choices she makes.

Juliana Gil, a PhD student in Plant Pathology and Genetics, was able to relate to the way the documentary was made.  Often turned off by documentaries that make big claims without good scientific facts to back them up, Julianna appreciated the straightforward nature of the film: one average guy’s quest to find the best answers to his own questions about plastics.

The film helped her to “reflect on the destiny of garbage…Its life doesn’t end where you end its life.”  She recalled that the group discussion at the end of the film triggered some of the guests memories of what life had been like in their hometowns before plastic bags were introduced, and reusing various products was the norm, prompting Juliana to ask, “Why can’t we go back to certain models that worked?”

Since watching the film, Juliana has stopped buying soap in plastic wrap and instead buys soap packaged in cardboard.  She also enjoyed the communal aspect of cleaning and sorting the dishes and compost at the end of this zero waste event.  It was another opportunity to come together and enjoy being in each other’s company as the evening wound down.  All in all, a great ending to a great evening among friends.

Clara began volunteering with the Cool Davis Initiative last February.  Her experiences growing up in Colombia have shaped her strong desire to get involved in creating sustainable communities.  Clara spent most of her youth in the city of Medellin where access to clean water and an excellent public waste collection system was taken for granted.  At the age of fifteen, her family had to relocate to Santa Marta; there many households only had running water for 3-4 hours each day and had to buy bottled water for drinking.  The city also lacked a functional waste collection service. The lack of basic services in Santa Marta left a lasting impression on Clara.

Clara returned to Medellin at 18 where she began working with environmental groups geared mostly toward children–“Enanitos Verdes” (Little Greens). They worked on recycling and composting projects in an effort to raise people’s environmental awareness through education and participation.  She eventually received a Bachelor’s Degree in Industrial Engineering and went on to work as a management consultant. In this way she was able to put her passion to good use advising institutions and companies on how to become better organized and improve their methods of production to align with tougher international quality and environmental standards.

Clara left her job in Colombia to accompany her husband Jorge Perez to UC Davis as he pursues his PhD in Plant Biology, and will return to Colombia when he finishes.  While in Davis, Clara has been involved with Project Compost and Aggie ReStore.  Getting involved with Cool Davis Initiative has been another way for Clara to actively participate in helping the City of Davis get as many households as possible to engage in its goal to become a carbon neutral city and to significantly reduce its overall waste.  Rather than stay stuck in the mentality that “everything is wrong,” Clara prefers to focus on the question of “What can I do to help my community?”