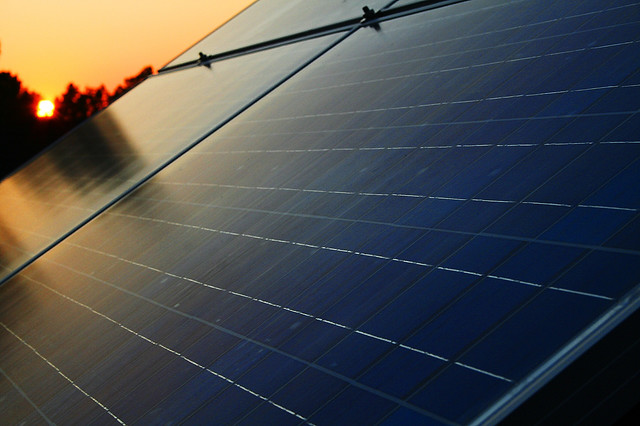 Davis’ schools and Joe Krovoza, the mayor of Davis have co-sponsored a bill by Senator Lois Walk, that could allow Californian residents to get their power from renewable resources and thereby create new investment and jobs across California.

Senate Bill 843, if it is approved, could be groundbreaking as it will help the three out of four energy customers, who are currently unable to generate their own on-site power from solar, wind and other renewables.  For example, in terms of solar energy, many don’t own their roofs, can’t afford solar panels, or their roofs are shaded or not properly orientated for solar.

The bill, currently moving through the legislature, proposes a new way for Californian homes, businesses, schools and public agencies to harness renewable energy.  It would establish a framework for shared community renewable energy systems for customers of the state’s major utilities.  Davis PG&E customers who choose to participate would receive credit on their utility bills for their portion of the clean power generated, much as if those renewable energy systems were located at their own home or business.

“This legislation expands consumer access to renewable energy, giving Californians the opportunity to save on their energy bills,” said Senator Wolk, who has worked to increase consumer access to clean, renewable energy throughout her time in the State legislature.  “It also encourages more investment and creates local jobs in an important sector of our state’s economy, all without spending any state funds.  And everyone gets to breathe cleaner air.  It’s a win-win for California”

Lois announced the bill on the steps of City Hall in Davis on May 11.  Joe Krovoza, mayor of the City of Davis which is one of the bill’s co-sponsors,  was on hand to praise her work on the bill which he described as a “game-changer for the state of California…The momentum is so exciting with the environmental groups, the community groups, the schools groups.”

Sheila Allen, vice president of the Davis Board of Education agreed with Krovoza on the far-reaching positive impact of the bill to help schools cut expenses and make school buildings more energy efficient.  Allen said, “The energy funds come from our general funds, so any amount of solar offset that we can do that pays for our energy needs is money that can go directly to pay for our teachers and our staff.”

In addition, Allen added that the program gives schools the opportunity to teach students the value of environmental friendliness and how renewable energy can help communities.

Tom Price of PVUSA, the solar farm on County Road 102 that the City of Davis co-owns to supplement its energy usage, said the bill could create up to $6 billion in economic activity, generate $500 million in state and local tax revenue and create 48,000 jobs.  He believes the time is right for this bill to pass.

“This bill will open up opportunities for people to go solar even if they rent, or have a rooftop that’s not very sunny.” Hannah Masterjohn, Vote Solar

“California’s rooftop solar market has grown tremendously, but the traditional panels-on-your roof model still simply doesn’t work for many Californians. That leaves a huge portion of the state’s solar opportunity on the table,” said Hannah Masterjohn, Community Solar Advocate at the grassroots organization Vote Solar. “This bill will open up opportunities for people to go solar even if they rent, or have a rooftop that’s not very sunny. That’s a game changer.”

“Expanding opportunities for California homeowners and renters to buy renewable power is good for the state’s environment and economy,” said Sami Yassa, Senior Scientist at the NRDC. “If passed, this legislation will reduce the state’s carbon footprint, protect our air and water, and help expand the clean energy economy that will help drive the state’s future growth.”

Visit  for more information and to write letters of support.