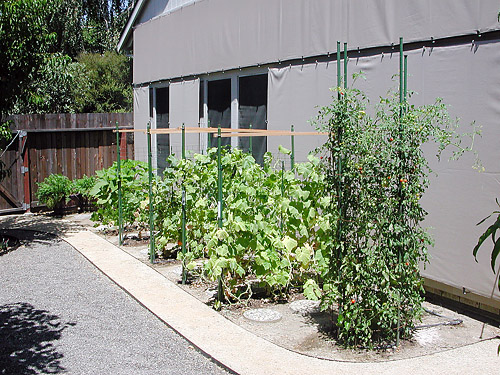 How cool are we?

The CoolCalifornia Challenge began today on April 2 2012. In the next few months, we’ll find out just how cool we really are in Davis, one household at a time.

“It’s a fun competition,” says Chris Granger, one of the key Cool Davis organizers. “Every individual or household can sign up online now. Over the next few months, they will record their household energy use and transportation practices. It’s like taking your temperature.

“As enough citizens sign up, we’ll get a baseline on how we’re doing in Davis.”

At stake is the city of Davis’ chance to earn the coveted title of Coolest California City against the competing cities of Sacramento, Citrus Heights, Arcata, Pittsburg, Pleasanton, San Jose, Santa Cruz, Santa Monica, Chula Vista and Gonzalez. Every household that signs up earns points for Davis in the challenge.

Alan Pryor can’t wait to sign up. He’s done all he can to retrofit his South Davis home and lower his greenhouse gas emissions. Pryor will earn points for converting both lawns to fruit trees and an extensive vegetable garden fed by home-made compost. He grows 100 percent of the household’s annual fruits and vegetables on a timer-controlled drip line system.

He went all out on energy conservation with fluorescent and LED lighting, double-paned windows properly covered, a whole house fan and more before he invested in solar panels and a solar hot water system that cover 100 percent of his electrical and 70 percent of his hot water needs.

“Once I started, I couldn’t stop,” Pryor says modestly, holding up his impressive list of 29 actions in the areas of energy production, energy conservation, toxics and waste reduction, water conservation, food production and transportation energy reduction.

But, he says with a grin, “It wasn’t completely altruism. My investments in energy conservation and sustainability were actually the best guaranteed economic investments I could make. My annual savings on the various improvements in our home were almost always greater than 10 to 20 percent per year based on the installed cost of the improvement.”

Maria and Mark Tebbutt have enjoyed examining their lives for ways to conserve, too. Like Pryor, they tackled energy conservation first in their early 1970s home by adding ceiling insulation, dual-paned windows, a radiant barrier, a gas fireplace insert, a whole house fan, a portable water air conditioner, a shady grapevine wall on the west side, a removable south-facing shade structure and more.

They removed the lawn in favor of a veggie garden and 30 fruit trees that supply a substantial part of their food, along with fresh eggs from their chickens. Waste for the landfill is minimal as they buy food bulk at the Davis Food Co-op, avoid packaged foods, use cloth bags and compost.

They even adopted a miniature pet to reduce impact on the environment. The photovoltaic system is an added bonus to their energy-efficient household.

Maria Tebbutt claims, “I wouldn’t feel right living any other way. I continue to look for more ways to live sustainably because I want to save resources for my daughter’s generation and those that follow her. Besides, I love the challenge!”

Sharon Hale and Dawn Student share an older home in East Davis, and they’re eager to sign up online to find out how cool they are.

Frugality and the need to tread lightly on the Earth have motivated them to reduce their impact by replacing older appliances with Energy Star models; installing a tankless hot water heater with a recirculation pump; turning off all appliances not in use; lowering the thermostat in winter; composting; adding a whole house fan, a ceiling fan and a solar tube; substituting LED light fixtures and more.

“A low carbon life is our way of life now,” says Hale, eager to discover her next step.

Pryor insists, “What produced the largest savings were the easiest, most obvious changes. If everyone in Davis commits to just a few steps, we can make a huge impact.”

Granger adds, “After thoughtful efforts and cost-effective investments over time, these profiles show what is possible once you accept the challenge of reducing your household energy use.

“Moving toward carbon neutrality is a process and the CoolCalifornia Challenge is your opportunity to check in as you are and begin the process of shedding carbon.”

— Lynne Nittler is a Davis resident and an active member of the Cool Davis Initiative.