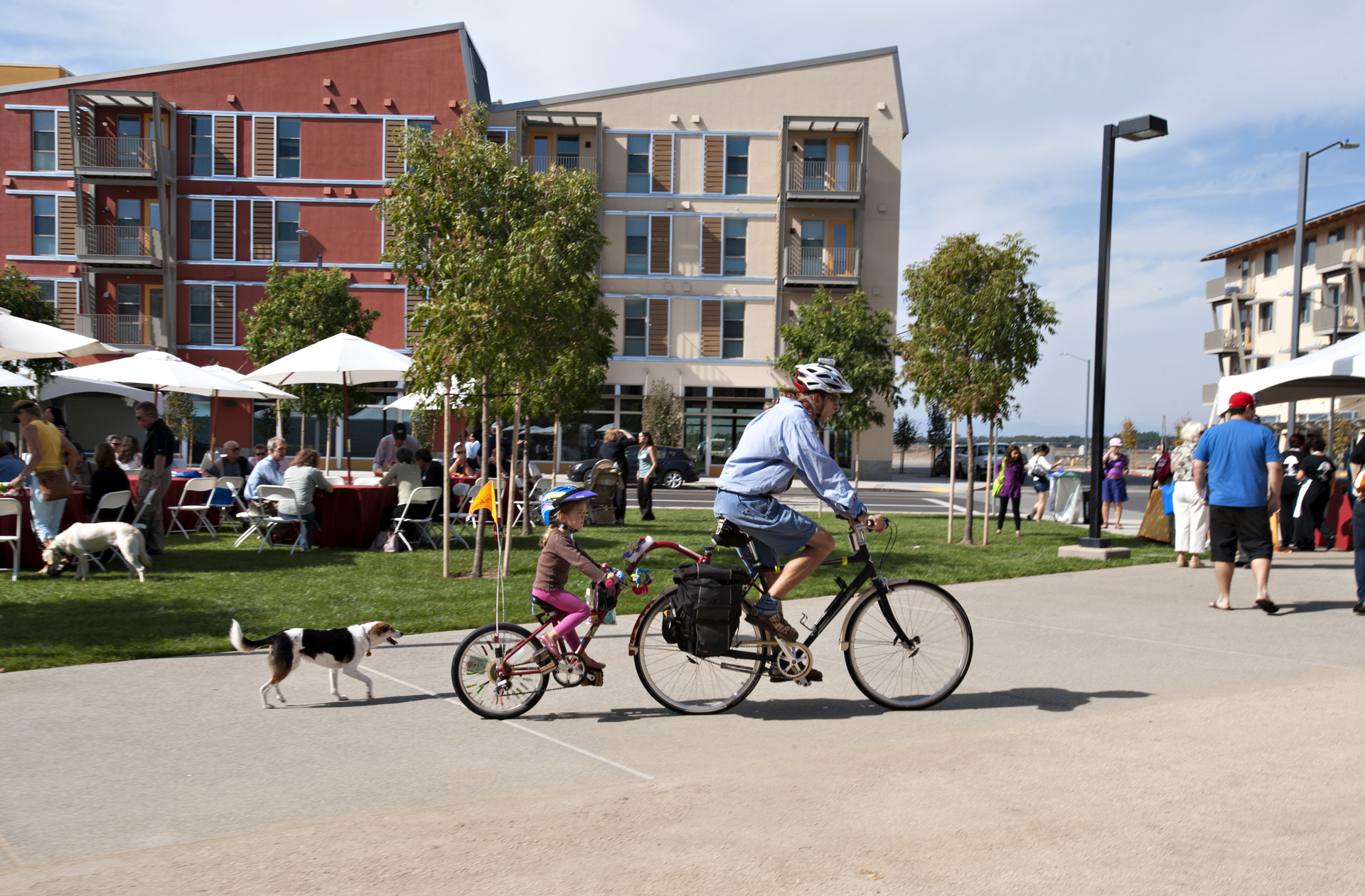 Cross-posted from Davis Enterprise. UC Davis researchers are plotting how the city of Davis might use the lessons of West Village to reach its goal of net zero energy consumption by 2050.

The report will lay out what technology, funding and programs it might use so the city could reach net zero energy consumption and net zero carbon emissions, both of which are part of its climate action plan. The nonprofit Valley Climate Action Center is bankrolling the work with $25,000.
Leading it is Gerald Braun, who manages the research and development efforts for the UCD West Village Energy Initiative. He said Monday that his team plans to unveil its results in December.

At first blush, Braun said, the challenge of changing an existing community rather than building a West Village from the ground up is more about public will than technical obstacles or even the financial challenges.

“The obvious thing to me is the decision-making process,” he said. “In the case of West Village, you have a couple of decision-makers: the university, which set the goal, and the developer, which, in consultation with the university, decided how it could be reached.

“For Davis, there are as many different decision-makers as there are energy users. You’ve got to get community consensus around the goal and understand what each of us has to do to reach it.”

It can be done, Braun said, citing the example of Iceland, which over a period of decades steadily worked on raising consciousness and citizen understanding of the country’s renewable energy potential.

“The thing Davis has going for it is that it’s a community with a high percentage of folks who are thoughtful and interested in how things can work better,” he said. “It’s not that other communities don’t, but we have more than our share. There’s also quite a history of this sort of thing here and there’s been some success.”

With its 4-megawatt solar power system and energy-efficient building designs, West Village is billed as the largest planned residential community in the country, able to produce as much power as it uses.

The 130-acre first phase of West Village is now open to its first residents. It ultimately will house about 2,000 students, a 60,000-square-foot Sacramento City College education center and a 15,000-square-foot recreation and study facility, all built around a village square with retail businesses.

The planned second phase will include 343 single-family faculty and staff homes set to go on sale in 2012.