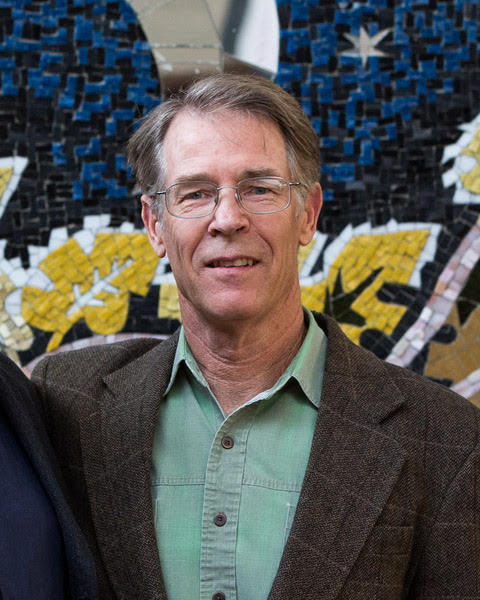 Davis local Kim Stanley Robinson, New York Times best-selling fiction writer, will share his penetrating thoughts about our world and its climate plight based on his latest book, The Ministry for the Future, Tuesday, February 23, 2021, from 7:00pm to 8:30pm in an online event. Robinson will speak for about 40 minutes with another 30 for Q&A. Megan Phelps, student leader for the Climate Reality Project Campus Corps at UC Davis will speak briefly as well.

All are welcome to attend this special event. Registration is required to receive the event video link as well as a post-event link to watch at your convenience.

While the event is free, donations are gratefully accepted to cover costs to host the event and to help Cool Davis and partners carry out their mission. Hardcover books will be available for purchase at the Avid Reader at 617 2nd Street, Davis. The Avid Reader will be donating 20% of the proceeds from “The Ministry of the Future” sales to Cool Davis up until Feb 23, 2021.

This event is hosted by Davis Friends Meeting, the Yolo Interfaith Alliance for Climate Justice, and Cool Davis. The event will be followed by additional speaker events as part of a Davis Climate Speaker Series over the course of 2021 (visit www.CoolDavis.org/signup to receive more information on future talks).

“The Ministry for the Future is a masterpiece of the imagination, using fictional eyewitness accounts to tell the story of how climate change will affect us all. Its setting is not a desolate, postapocalyptic world, but a future that is almost upon us—and in which we might just overcome the extraordinary challenges we face.” — From the publisher

Robinson writes science fiction, or more precisely, climate fiction, and the topic of most of his recent books is the urgent threat of climate change and the loss of biodiversity on our earth. He also envisions how to understand and transform our dangerous trajectory. Robinson writes of many solutions as he weaves his story, and in his talk he’ll no doubt offer many suggestions for our community and beyond. Bring your thoughtful questions.

The Ministry for the Future and Climate Fiction Examined

In one of many interviews, Robinson said, “I had written about climate before, but it was always offset into a future that was distant enough that there was a gap between now and then. I didn’t want the gap this time. I wanted it to start from now, go out about 30 years, create a plausible future history that was, to my way of thinking, a best-case scenario. But also one you can believe in.

Robinson’s most recent novel, The Ministry for the Future, was released on October 13, 2020, as northern California residents awoke to orange skies from multiple fires that burned for weeks. That terrifying reality riveled the shocking first chapter of a staggering heat wave in India that launched Robinson’s novel. From there, each new chapter, many only a page or two long, adds another layer as we learn just how our earth is faring and how people are responding. A compelling and terrifying view unfolds, all of it plausible. The members of the Ministry for the Future try to stand up for choices that will assure a reasonable future for human beings not yet born, but their success is by no means assured. Our man-made predicament on earth is precarious. We may have crossed dangerous tipping points already.

Robinson’s talk will bridge the space between the novel and our reality right here in Davis. Will the scenarios in the novel happen to us? What can we do to avert the worst? Can we change the course of climate change if we begin in earnest now? As Robinson has said, “We’re in a science fiction novel now, which we are all co-writing together.”

Robinson uses his cli-fi for teaching. His book rests on the solid science of climate change. He weaves in all the latest research and explores ways to curb the worst impacts. Here’s Robinson’s terse summary of our actual plight.

“Humans can emit about 1,000 more gigatons of carbon dioxide before we lock in a global average temperature increase of more than 2C from before the Industrial Revolution, the threshold beyond which scientists warn that changes to the climate get dangerous. A higher-than-2C planet might trigger runaway effects that would make things even worse.

“The new year will arrive with the average temperature already up about 1.2C. More than halfway there. Every year, we’re releasing more than 35 gigatons of CO₂ and pushing up its concentration in the air by about 2.5 parts per million. Keeping our collective fever under the 2C targeted by signatories to the Paris Agreement or even better, below the 1.5C they’d prefer—is already looking very difficult.”

Robinson’s novel is timely. He set his novel in our present-day global climate emergency and he wrote to find a way out. This cli-fi is entirely down to earth. He wove in the need to rectify racial and income inequality which amplifies the impacts of climate change for people of color or low income. This book is not about distant travel to outer space at some vague and distant time. Instead, in this novel Robinson describes our urgent tasks on earth in the present moment.

Your donation to Cool Davis will help us continue our work to help Davis households prepare for climate change.

Ermias Kebreab on The Green Moo Deal – Thursday, May 13

“If I could get policymakers, and citizens, everywhere to read just one book this year, it would be Kim Stanley Robinson’s The Ministry for the Future.” —Ezra Klein

“A sweeping, optimistic portrait of humanity’s ability to cooperate in the face of disaster. This heartfelt work of hard science-fiction is a must-read for anyone worried about the future of the planet.” —Publishers Weekly
“The best science fiction-nonfiction novel I’ve ever read.” —Jonathan Lethem, Vanity Fair

“A breathtaking look at the challenges that face our planet in all their sprawling magnitude and also in their intimate, individual moments of humanity.” —Booklist

“A sweeping, optimistic portrait of humanity’s ability to cooperate in the face of disaster. This heartfelt work of hard science-fiction is a must-read for anyone worried about the future of the planet.” —Publishers Weekly

“The Ministry for the Future ranks among Robinson’s best recent works, a collection of actions and observations that adds up to more than the sum of its eclectic and urgent parts.” —Sierra

From the publisher: From legendary science fiction author Kim Stanley Robinson comes a remarkable vision of climate change over the coming decades.

*The Ministry for the Future is a masterpiece of the imagination, using fictional eyewitness accounts to tell the story of how climate change will affect us all. Its setting is not a desolate, postapocalyptic world, but a future that is almost upon us—and in which we might just overcome the extraordinary challenges we face.

*It is a novel both immediate and impactful, desperate and hopeful in equal measure, and it is one of the most powerful and original books on climate change ever written.