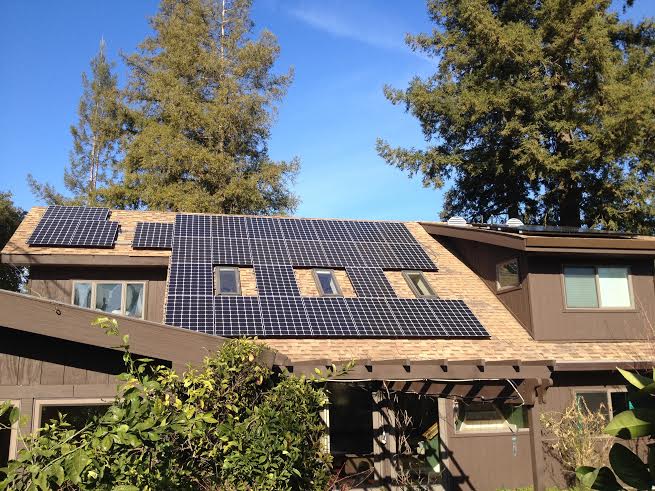 Mike Hart, CEO and Founder of Sierra Energy, is saving thousands of dollars every year since he installed solar panels. His desire to reduce his carbon footprint encouraged him to go solar, but that’s not the only thing he has managed to decrease.

“When my energy bill comes, instead of a few hundred dollars a month, it’s now three bucks,” Hart said.

Hart consulted with RepowerYolo for his rooftop solar system. “They did a great job. They came out, they oversaw everything. Certainly the most difficult part was getting connections with PG&E, and they handled all of that so I thought that was fantastic,” Hart said.

Hart explains how RepowerYolo took care of everything leaving him worry free.

“I thought going with RepowerYolo was a smart move because they’re local, and they worked with us, they worked with the contractor, they made sure that everything was done right the first time, and they’ve done a very good job just setting this up and making sure our system worked well.”

Hart installed a 4 kilowatt solar system and paid for it in full. He explains he has received a bigger return on investment than if he had invested his money in a bank.

“If you put money, which I had, in a savings account in the bank, you get about half a percent, less than one percent interest on savings, but if you put that money in your roof instead of the bank you get about ten percent. So you make about 20 times the return on your money.”

“Anyone who doesn’t have rooftop solar, but has money in their bank is making a mistake.”

Hart emphasizes that investing in solar is better than putting money in the bank and said that from a financial perspective, he can’t think of a reason not to have rooftop solar.

An extra layer of insulation

Since installing rooftop solar, Hart and his family have maintained their energy use the same but said their comfort level has increased while their energy bill has decreased.

In addition to saving money, the extra layer of all that solar covering part of the roof has made his house cooler, decreasing his need for air conditioning.

“If anything we have an extra layer of insulation on our roof now,” Hart said.

Hart has shown his system to friends and neighbors saying how installing rooftop solar has been a good financial decision for him.

Hart encourages people who are interested in going solar to talk to RepowerYolo.

“I have a hard time understanding why anybody wouldn’t have solar on their roof. It can be done with no cost to you, and if you have the money it’s a great way to make a profit,” Hart said.

“It lowers your carbon footprint, gives you a great financial return, and makes your house cooler, so it’s a pretty easy decision. You don’t have to do anything extra. Once it’s done, it’s done. It’s simple,” Hart said.