Home > Inspiration > An Invitation to Change Everything 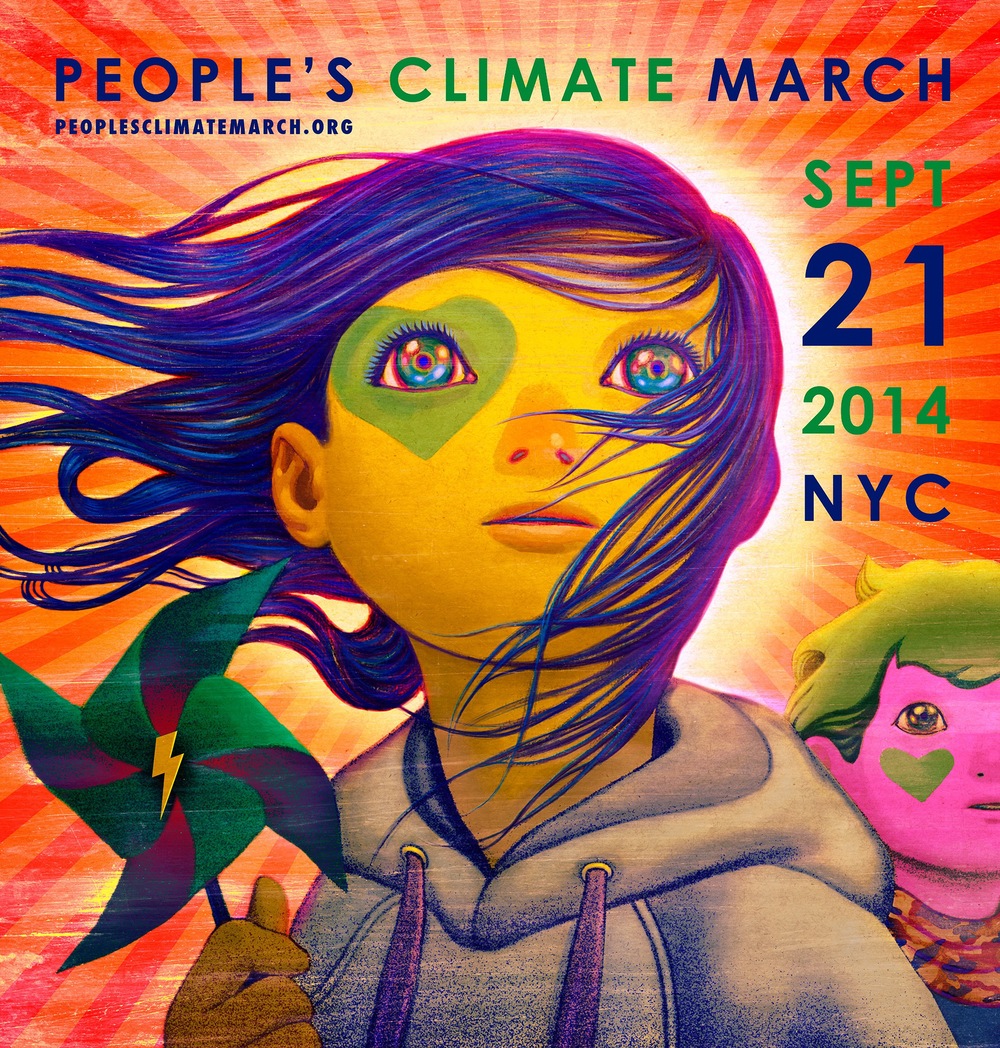 An Invitation to Change Everything

If possible, on September 21 travel to New York City and join tens of thousands in the People’s Climate March two days before the United Nations Climate Summit 2014….Or, join us here in Davis for exhibits, speakers, films, and actions. It’s a modest way to join with others across the nation to urge government leaders to support an ambitious global agreement to dramatically reduce global warming.

This is an invitation to change everything.

When Bill McKibben published “A Call to Arms: An Invitation to Demand Action on Climate Change” in the June 5th edition of Rolling Stone, he wrote this confident sentence under the title:

When world leaders gather in New York this fall to confront climate change, tens of thousands of people (and maybe you) will be there to demand they take action before it’s too late.

McKibben credits most of the world’s leaders with doing what most of us have done – the easy things – but they haven’t set the world on a new course. For example, President Barack Obama pushed through more demanding mileage standards for cars, but he’s also opened huge areas of our land to oil drilling and coal mining, making the U.S. the world’s biggest petro producer.

Here’s a portion of McKibben’s essay worth reading.

Like other world leaders, Pres. Obama tried, but not nearly hard enough. Consider what he told The New Yorker in an interview earlier this year: “At the end of the day, we’re part of a long-running story. We just try to get our paragraph right.” And “I think we are fortunate at the moment that we do not face a crisis of the scale and scope that Lincoln or FDR faced.”

We do, though; we face a crisis as great as any president has ever encountered. Here’s how his paragraph looks so far: Since he took office, summer sea ice in the Arctic has mostly disappeared, and at the South Pole, scientists in May made clear that the process of massive melt is now fully under way, with 10 feet of sea-level rise in the offing. Scientists have discovered the depth of changes in ocean chemistry: that seawater is 30 percent more acidic than just four decades ago, and it’s already causing trouble for creatures at the bottom of the marine food chain. America has weathered the hottest year in its history, 2012, which saw a drought so deep that the corn harvest largely failed. At the moment, one of the biggest states in Obama’s union, California, is caught in a drought deeper than any time since Europeans arrived. Hell, a few blocks south of the U.N. buildings, Hurricane Sandy turned the Lower East Side of New York into a branch of the East River.

And that’s just the United States. The world’s scientists earlier this spring issued a 32-volume report explaining exactly how much worse it’s going to get, which is, to summarize, a lot worse even than they’d thought before. It’s not that the scientists are alarmists – it’s that the science is alarming. Here’s how one Princeton scientist summarized the situation for reporters: “We’re all sitting ducks.”

For the rest of the article, go here. 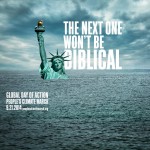 McKibben claims people who work for environmental justice, labor unions, people in faith groups, students, and middle class white folks are all united in this cry to change everything. There are examples in history when large numbers of people took to the streets and they succeeded in changing the course of history.

Michael Brune, Executive Director of the Sierra Club writes, “This isn’t  just about getting a bunch of people to New York to march for an hour then go home. This is about making sure that the tipping point in the fight to halt climate disruption tips in the favor of the average citizen and clean energy prosperity, and that the world’s leaders see that the support to do so has reached a level that can no longer be ignored.”

So take heart.  If you can’t be in NYC, join the Davis climate movement on September 21. Go to www.yolanoclimateaction.org for updates on how to be part of the local action.