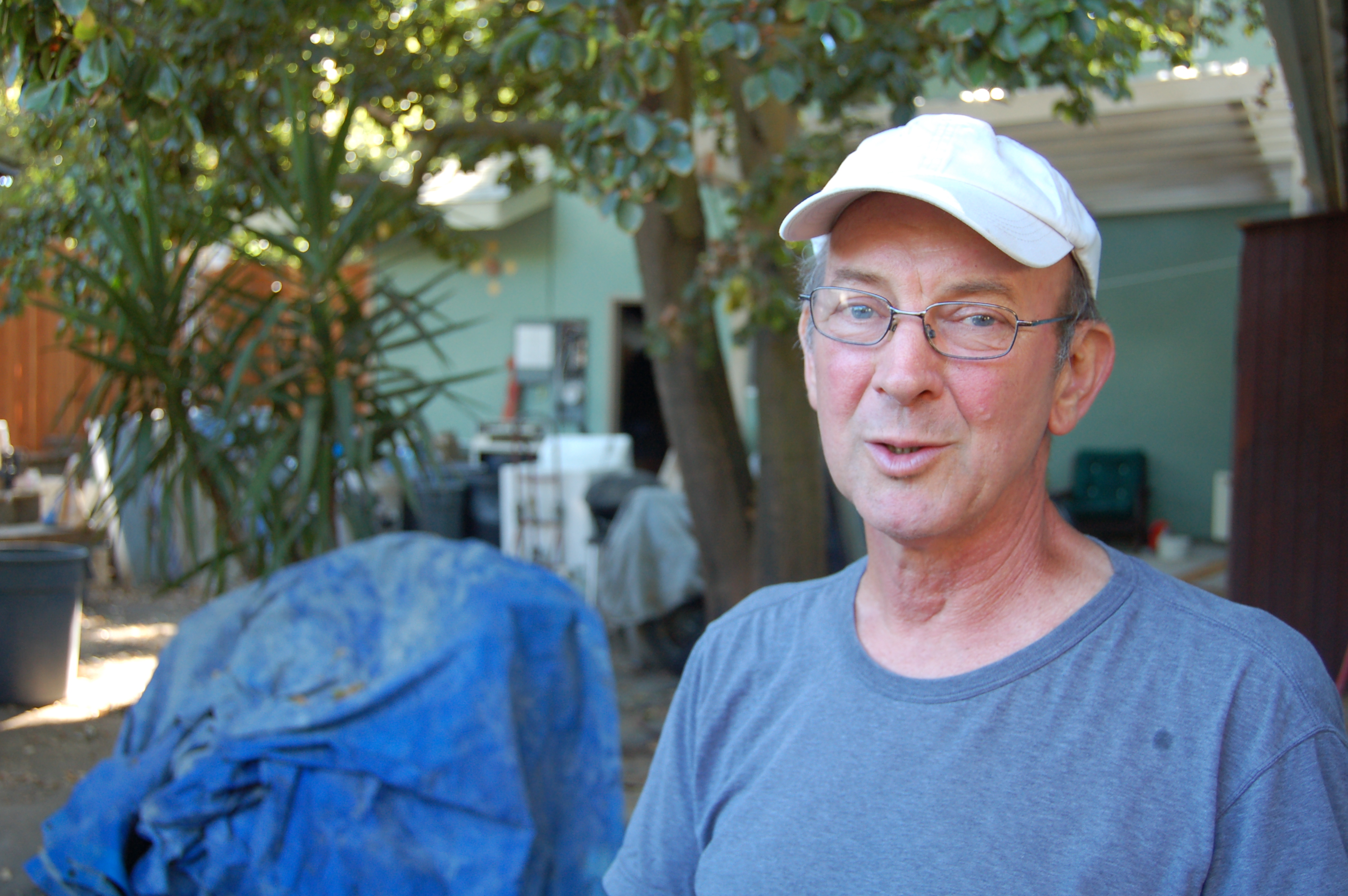 Larry Fisher, a modern day tinker who works out of the limelight to convert trash into useful goods that he then shares with local community organisations, explains why reusing is even better than recycling.

Born in Fresno in 1949, Fisher grew up taking apart and fixing things. His home-run business in Davis as a repairman of washers and dryers was therefore a natural progression. This work opened his eyes to the way new products were increasingly made with cheap breakable parts and were deliberately manufactured to be difficult to repair.

The turning point for Fisher came, however, when he visited Nicaragua in 1984. “I realised that the perfectly good food supermarkets throw away here would have been equal to or higher quality to the food I bought in markets in Nicaragua.” He decided at that point to no longer buy new things and to commit his time to reusing and recycling what others had thrown away.

Fisher says he feels horrified when he visits the local landfill or looks at what is thrown out in the garbage by big box stores, supermarkets or some households in Davis. “I think we don’t see the full cost of our throwaway society. We don’t see the trout streams that have been totally degraded. We don’t see the machines sifting mud in San Francisco Bay to take the heavy metals out. Clearly someone is laughing all the way to the bank as we throw stuff away and then buy more, but it is not the Earth, it is not our natural environment.”

Fisher also points out that a deliberate policy to reuse and recycle our waste could have very positive benefits for society. Food, often in perfectly good condition, that is thrown out of supermarkets could keep food banks full. Training in recycling waste could create hundreds of thousands of jobs and produce goods that last.

He notes that while recycling is better than throwing stuff out, it is still not as good as reusing products. “Recycling metal still has to be transported, melted down and recreated, all of which have environmental costs.” He brandishes a spade that he made by hand out of old TV aerials and which he frequently distributes to community gardens and housing coops. “This spade could last a lifetime. Compare that with a cheap spade you buy for a few dollars imported from China where you would be lucky if it lasts a few months.”

Noticeably Fisher’s philosophy for tackling climate change is less about new green technologies, but rather about reclaiming ways of living that have been lost in our consumerist society. “My family always lived frugally, but we never lacked for anything. And it wasn’t just my family. If things broke, people fixed them. If you needed something and couldn’t afford it, neighbours would share it with you. I think we will see increasing numbers of people looking to recycle, reuse and share as people become aware of the costs of supposedly ‘cheap’ products.”

In October 2010, Larry Fisher’s commitment to making an environmental and social difference was recognised when he won the Cool Davis Eco Hero Awards.